check it out. Seriously one of the most desirable pristine, seemingly untouched beachfront communities on the planet. Somehow the developers of Kiawah Island figured out how to make it feel like you are in another world of nature, wildlife, and luxury without it feeling like a resort that has 6 PGA ranked courses, one of which is one of the top 5 most respected in the WORLD.

It's not uncommon to see deer, bobcats, many alligators, herons, egrets, spoonbills, sea turtles, and more ALL the time.  Ever walked on a beach and felt like no one else was there, and that it has never been walked on by humans. This is the place.

As one might imagine given the spendor and opulance of Kiawah Island, the property there is pretty expensive for the average person. With celebrities and the uber wealthy owning second, third, fourth homes on Kiawah you had better be willing to pay up. The cheapest homes you can get on Kiawah Island is $50,000 - $250,000 for fractional ownership of a couple weeks or more. The cheapest FULL ownership you'll find is about $500,000 for a 1000 sq ft older condo, not on the ocean.

Every home on Kiawah Island is a stunner, custom built gem. The developers, and architectural review boards have only a few already approved high-end luxury home builders, and if you bring your own builder then they had better be able to prove they are up to snuff.

There is a very nice member club called "The Sandcastle" that is on Kiawah for owners to enjoy, with a large pool, cabanas, clubhouse, grill, lounge, and creek side boat ramp.

There is a lot one should consider when looking at homes to purchase on Kiawah Island about Dues, Regimes, and the like.

If Kiawah sounds like just the thing you're looking for then please call me and we'll find you something of your own.

James ....Great post! Your area is one of our favorites and your blog post should bring you plenty of calls! Very well done!

Have a great night! 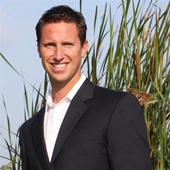