A little boy was attending his first wedding.
After the service, his cousin asked him,
"How many women can a man marry?"
"Sixteen," the boy responded.
His cousin was amazed that he had an answer so quickly.
"How do you know that?"
"Easy," the little boy said.
"All you have to do is add it up, like the pastor said,
4 better, 4 worse, 4 richer, 4 poorer."

After a church service on Sunday morning, a young boy suddenly announced to his mother,
"Mom, I've decided to become a minister when I grow up."
"That's okay with us, but what made you decide that?"
"Well," said the little boy, "I have to go to church on Sunday anyway,
And I figure it will be more fun to stand up and yell, than to sit and listen."

A 6-year-old was overheard reciting the Lord's Prayer at a church service,
"And forgive us our trash passes, as we forgive those who passed trash against us."

A boy was watching his father, a pastor, write a sermon.
"How do you know what to say?" he asked.
"Why, God tells me."
"Oh, then why do you keep crossing things out?"


A little girl became restless as the preacher's sermon dragged on and on.
Finally, she leaned over to her mother and whispered,
"Mommy, if we give him the money now, will he let us go?"

Ms. Terri asked her Sunday School class to draw pictures of their favorite Bible stories.
She was puzzled by Kyle's picture, which showed four people on an airplane.
She asked him which story it was meant to represent.
"The Flight to Egypt," was his reply.
Pointing at each figure, Ms. Terri said,
"That must be Mary, Joseph, and Baby Jesus.
But who's the fourth person?"
"Oh, that's Pontius - the pilot!"


The Sunday School Teacher asks,
"Now, Johnny, tell me frankly do you say prayers before eating?"
"No ma'am," little Johnny replies, 的 don't have to. My mom is a good cook."


A little girl was sitting on her grandfather's lap as he read her a bedtime story.
From time to time, she would take her eyes off the book and reach up to touch his wrinkled cheek.
She was alternately stroking her own cheek, then his again.
Finally she spoke up, "Grandpa, did God make you?"
"Yes, sweetheart," he answered, "God made me a long time ago."
"Oh," she paused, "Grandpa, did God make me too?"
"Yes, indeed, honey," he said, "God made you just a little while ago."
Feeling their respective faces again, she observed, "God's getting better at it, isn't he ?"

Than, I loved everyone of these jokes, I'll probably re-blog this later tonight or tomorrow.

Thanks for the laughs.  One of the agents in our area sends out a Friday quick laugh email which is always a nice quick break from the work day.

Than, this is funny stuff ... very relate-able for and true of church services and all that stuff.

LOL...Love the kids.  i have aa grad daughter that comes up with some stiff that makes just stop and smile.

These are so cute...I just kept laughing.

Funny stuff Than!  I literally laughed out loud at a few of these.  Have a great rest of your week.

Thanks for stopping by everyone. Glad they brought some smiles and laughter!

Than, Cute and funny jokes. I like the one where the little girl asked if we give the pastor money now will he let us go! Children at young ages are so honest! Have a great day.

Aa a PK I must say some of those are pretty good. Thanks for the laughs.

Than, all were cute, but I really liked the last one the best!

Ah... from the mouths of babes... Those were some funny stories!

Thanks Than, every one of these had me laughing quite loudly, can't wait to share these with a few friends.

Loved every one of these Than.....great way to start my Saturday morning.

Glad everyone is enjoying the jokes!

Thanks Than.  Everyone of these brought a big smile to my face.

Thanks for the smiles, Than.  All good ones. Have a great week.

I love these kind of jokes, cute and clean, too!

Good morning Than Maynard what a great list of cute jokes....thanks

Than , These are great and I really needed some humor today! Great post, thanks!

Than - These are priceless. Kids understand so much and so little. Thanks for sharing these. Great way to start the day. 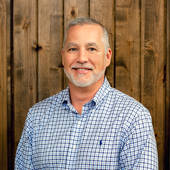