A recent article in the San Francisco Business Times said that the price to rent a place to live in San Francisco rose 14.5 percent in August from the year before. The numbers come from Trulia. I don't know how they reach that number - rents are likely higher in new construction. And people who live in rent controlled units are probably happy to just stay where they are! Oh, and they said the median rent in the City is $3,500, tied with New York City.

What does this mean? It's another gauge of the economy. It says that there are plenty of people willing and able to pay that much just to live here. It also says there is not enough housing to support those who want to live here.

Another measure of the economy, and availability of housing is the Median Sales Price.

The August one year change in median sales price for condo units in San Francisco is 14.8 percent.

The August one year change in median sales price for Single Family homes is 4.4 percent. The kicker here is that the median SFR sales price change in August a year ago was 27.7 percent. Does this mean the market is more Balanced? We'll se what next month brings. 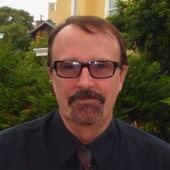