From time to time I'll get a call asking "can you just repair my door". To which I respond "What happened?". If they answered that the door was kicked in during a burglary my first initial thought is that it is un-repairable. With that said, I would have to schedule a time to come see the actual damage. Some doors when they're damage from a break in can be fixed with after market metal covers that slip over the damaged area and screw to the face of the door. Are they pretty? Not at all. I consider them a temporary fix.

Other times, I'll get the same call but the problem isn't from a burglary, but from wear. Hinges can break, causing the door to sag and not latch properly. More often than not it's not the hinge breaking as much as the hinge screws backing out. This happens from normal wear and tear and sometimes the screw holes have gotten so large, no screw will work until the screw hole has been patched with a dowel rod. Wood doors expand and contract (especially new doors) when it's cold and when it's warm, causing the door to stick in the opening. High humidity area's will cause wooden doors to bow or cup, if not properly sealed. I can remember installing over a hundred hollow core wood skinned doors at a job in the bay area. It was a community project next to a small lake. While the painter took his time painting the doors behind me, 50% of them were ruined from the moisture in the air. It's important to seal doors immidiatly in these conditions after they're installed.

In the early eighties, Manteca had a boom of multi-family houses. Presumably from the bay area jobs and the need for an inexpensive place to rent. These apartments (and sometimes town houses) usually had smooth interior hollow core doors installed throughout the home. They were inexpensive and not very durable. The stile and rails were made out of MDF (medium density fiberboard) and when the hinge screws would strip or come loose on these doors, it made for a difficult door repair. Manteca had a ton of these, but now in 2014 I'm seeing more and more of these same inexpensive hollow core doors with a pine (or other hardwood) stile and rail design, which allows for more screw torque and less stripping. At any rate, all doors can be repaired, it's just a matter of how. 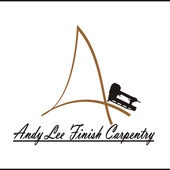