QUOTE OF THE WEEK... "Be so good they can't ignore you." --Steve Martin, American actor, writer, and musician

INFO THAT HITS US WHERE WE LIVE... The housing market isn't quite as good as Mr. Martin advises, but it's a lot better than some media pundits would have us believe. Last week, one of the world's leading independent macro-economic research companies gave its bullish assessment of the U.S. housing market and mortgage growth. Their property economist said that the weak August jobs report was "probably just an isolated blip." He feels that "indicators such as initial jobless claims suggest that labor market conditions are still strengthening." Jobs of course are key to the housing recovery.

This economist noted that with the slower gain in home prices in Q2, values improved and mortgage affordability is very favorable. He observed that "45% of respondents to the Fed's Senior Loan Officer Survey saw mortgage demand strengthen in the third quarter." Echoing this, an accounting and management consulting firm reported that loan production among independent mortgage bankers increased in Q2 by 50% over the previous quarter, the first gain in the past three quarters. Finally, Fannie Mae's August National Housing Survey found Americans' attitude toward the future of the housing market is getting more positive. 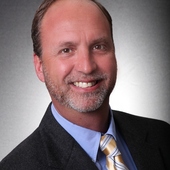