“The elevator to success is out of order. You’ll have to use the stairs…. One step at a time.” – Joe Girard

KFC Founder Colonel Sanders drove all over America and offered his fried chicken recipe for a certain percentage of the sales. He knocked on their doors, slept on his car and wore his white suit even though he already got 1,009 refusals. On the 1,010th time, he finally got a “yes”.

Walt Disney asked the banks and other lending institutions to lend him money so that he could get started on his amusement theme park. Since he had no credit history and collateral, naturally, they all refused him. He didn’t stop there. He took a loan from his own life insurance policy and made history.

Engrave these beliefs into your heart and don’t stop at anything to reach your goals.

Who knows? You can also be a highly successful person soon.

Just like what they say, "try and fail but never fail to try". You would always want yourself to have a positive insight on how things are happening in your everyday life. Dreams will always be dreams unless you act and work for your dreams are. Keep on believing that nothing's impossible in life, if you believe in yourself that you can do and reach what your dreaming for, then make it  happen. 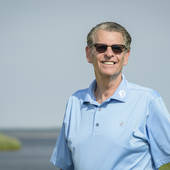