Estate Planning: How Certificates of Shares Are Passed Down

How is the funding handled if you decide to use a living trust?

Certificates represent shares of a company. There are generally two types of company shares: those for a publicly traded company, and those for a privately held company, which is not traded on one of the stock exchanges.

Let's assume you hold the physical share certificates of a publicly held company and the shares are not held in a brokerage account. If, upon your death, you own shares of that company's stock in certificated form, the first step is to have the court appoint an executor of your estate.

Once appointed, the executor would write to the transfer agent for the company, fill out some forms, present copies of the court documents showing their authority to act for your estate, and request that the stock certificates be re-issued to the estate beneficiaries.

There could also be an option to have the stock sold and then add the proceeds to the estate account that later would be divided among the beneficiaries. If the stock is in a privately held company there would still be the need for an executor to be appointed to have authority. However, the executor would then typically contact the secretary or other officers of the company to inquire about the existence of a shareholder agreement that specifies how a transfer is to take place after the death of a shareholder.  Depending on the nature of the agreement, the company might reissue the stock in the name(s) of the beneficiaries, buy out the deceased shareholder’s shares (usually at some pre-determined formula) or other mechanism.

If you set up a revocable living trust while you are alive you could request the transfer agent to reissue the stock titled into the name of the trust. However, once you die, the "trustee" would still have to take similar steps to get the stock re-issued to the trust beneficiaries.

If you open a brokerage account with a financial advisor, the advisor could assist you in getting the account in the name of your trust, and the process after death would be easier than if you still held the actual stock certificate. Interesting Article.  Thank you for posting it. 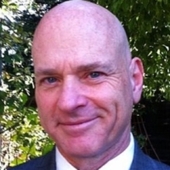