Early each month, I profile a HouseLens market as part of my Market Closeup series. I think of these posts as a fun chance to show you what's great about the cities where we do business. Click here for a list of the other posts in this series.

Baltimore, one of our nation's oldest cities, is also home to some of real estate's most innovative agents.  HouseLens launched into Baltimore in 2013, and we've enjoyed watching it grow! Here are just some of the reasons Baltimore is one of our favorite markets. STEM. Thanks mostly to the presence of several prestigious health and science institutions, including The Johns Hopkins University, Baltimore is a magnet for STEM (science, technology, engineering, and math) professionals. In fact, the Brookings Institution says that almost 25% of Baltimore jobs are STEM positions. STEM is one of the nation's fastest-growing and highest-paying economic sectors, which is good not only for the Baltimore economy but also for its housing market.

Fun. Baltimore's appeal isn't all about work: the city is also great for recreation of all types. World-class musical offerings, museums, and theatre companies attract culture buffs. Sports fans can enjoy MLB and NFL games, horse racing, and rugby. And outdoor enthusiasts love the city's boating opportunities and 4,900-plus acres of parkland.

History. The Port of Baltimore, founded in 1706, gave rise in 1729 to the town of Baltimore, which in turn played a key role in the Revolutionary War and the establishment of the United States. The city has 280 buildings on the National Register of Historic Places and numerous historic monuments. Many of its structures – such as the Lloyd Street Synagogue, Oriole Park at Camden Yards, and Everyman Theatre – are considered the most beautiful of their kind in the U.S. Baltimore is also a hit with old-house lovers, who are attracted by the city's signature brick rowhouses and nearly 300 years of architectural styles.

Location. Baltimore residents get the best of both worlds: a great city right outside their front doors, plus easy access to the world-class economic, cultural, and recreational opportunities of the greater Washington, D.C., metro area. For this reason, Baltimore is especially popular with folks who need proximity to Washington but prefer to avoid the intensity of D.C.'s round-the-clock power-brokering.

If you live or work in Baltimore, what do you love about it? 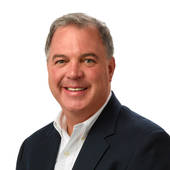