There are many families seeking the honor to build their homes & raise their children in Little Compton, RI. If you or SOmeone you now is Thinking of Selling, Please call me today! In 1682, the town was incorporated by the Plymouth Colony and renamed Little Compton. This is possibly a reference to Little Compton in Warwickshire, England. However, there is no direct evidence to substantiate this relationship. By 1747, Little Compton secured its own royal decree and was annexed to Newport County as a part of Rhode Island along with Tiverton and Bristol. Because Little Compton was once part of the Plymouth colony, all probate and land records prior to 1746 can be found in Taunton and New Bedford.

Sites of historic interest in Little Compton include the Wilbor House, built in 1692 by Samuel Wilbor, now the home of the Little Compton Historical Society. The entire town commons is also on the National Register of Historic Places. There are about 57. historic cemeteries in the town. Colonel Benjamin Church and his family are buried in the Little Compton Commons cemetery, as is Elizabeth Pabodie, the eldest daughter of John Alden and Priscilla Mullins of Mayflower fame. The stones in the cemetery reflect a style of carving similar to that found both in Newport and in Boston during the same time period.

Rhode Island’s only town common is located in Little Compton. This is most likely a result of the town having been originally laid out by settlers from the Plymouth and Massachusetts Colonies. Land for the common was designated in August of 1677 and has been used ever since as both a religious and civic center for social activities in the town 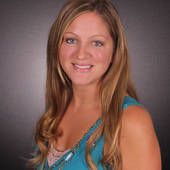