The purpose of this post is to provide those interested in the El Dorado Hills Real Estate market data about that market.  This report covers August 2014, and the fourteen previous months.

If you would like to see all homes for sale in El Dorado Hills CA, select this link. It is a two-part process.  First check the “El Dorado Hills Area” box part way down on the left side of the page and then scroll down and click the “search” button at the bottom of the page.  All available El Dorado Hills real estate will come up.

The first chart lists the average price-per-square-foot for all homes sold in El Dorado Hills by month.  The cost reported of $ 201, six dollars less than the previous month and on the low end of that figure as reported over the last six months. Prices are no longer sky rocketing, we seem to be bumping along on a plateau in the low $200 range.

The second chart shows the level of inventory, (the number of homes for sale, divided by the number of homes sold each month).  The August inventory level was at a 2.9-month supply, down from the slight increase in the June/July period. The same as it was last month.

Pundits tell us that a six-month inventory is a neutral market. We can see that the El Dorado Hills real estate market is, and has been for some time, a seller’s market.  Real estate in El Dorado Hills remains a good investment and is likely to get better as time goes by.

The third chart shows the average days on market and the selling price as a percentage of asking price.  The average home took 54 days to sell for the second month in a row, down from 71 days in June. Last month and almost double the time it took to sell last August.  The average home sold for 96% of the asking price, in the normal range.

If you would like to see this data for other cities and towns in our area, feel free to contact us at (916)337-0658 or e-mail Mike@BuyYourVilla.com.

To use the very best Internet property search tool go to www.BuyYourVilla.com. You can also find past and future reports of the monthly El Dorado Hills Real Estate home sales data on that site. 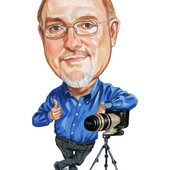