Over the course of 2014, we’ve watched a very interesting phenomenon take place in home mortgages. Despite the fact that many economists and experts predicted that mortgage rates would rise from last year’s rates, they have remained persistently low. This was a surprising turn that no one expected, considering that almost every expert that was asked in 2013 stated that mortgage rates had no place to go but up.

The year started off with the national average 30-year fixed mortgage rate (the most common way for homebuyers to finance) at 4.69 percent. This was only 1.19 percent higher than the record low average of 3.50 percent set in December 2012. Regardless of this low rate at the beginning of 2014, the general consensus among industry analysts was that mortgage rates would rise as high as 5.5 percent by the end of the year.

As the year progressed, we have watched expert predictions proved wrong. In fact, mortgage rates have taken an exact opposite turn. In May the national average 30-year fixed mortgage rate fell as low as 4.25 percent and, over the summer, reached a low of 4.24 percent. These rates were comparable to the mortgage rates set in June 2013, but the average 30-year fixed rate home mortgage was approximately one-third to one-half of a point less than the rates last summer.

This means the typical homebuyer looking to finance a home could save somewhere between $21 and $29 dollars a month per every $100,000 dollars borrowed. These calculations do not include savvy borrowers with above average credit scores. Borrowers who fall into that category can qualify for mortgage rates that are a quarter to half point lower than the average borrower.

Why Were Mortgage Rates Expected to Rise This Year?

Experts expected mortgage rates to rise, because The Federal Reserve (the nation’s bank for banks) was set to end its campaign that drives down the rate of long-term loans, which included mortgage rates. This practice started in 2012, when The Federal Reserve started purchasing $85 billion dollars worth of debt each month. These purchases were split up between treasury bills and bonds that were backed by home loans.

This caused the market to be flooded with money in order to push mortgage rates to a record low amount, in hopes that it would boost both real estate sales and the property values of homes.

Why Have Mortgage Rates Remained Low?

Mortgage rates have defied the odds of experts and remained low due to the weak demand and purchase of new homes. Since many homebuyers and homeowners already jumped at the low mortgage rates when they first started to fall, the housing boom has come to a halt. 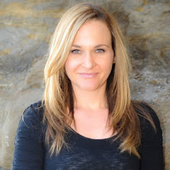