The city of Doral is kicking in $2.5 million for next year’s Miss Universe pageant, with Mayor Luigi Boria predicting the Jan. 18 event will be “an important economic stimulator for the community.”

There’s just one minor detail: the pageant itself, run by Donald Trump, won’t actually be happening in Doral — although some events, including the Coronation Ball, will be in Doral.

Come January, nearly 100 glamorous contestants from around the globe will converge at Florida International University, located a few miles away in unincorporated Miami-Dade. The university Wednesday evening had not yet announced it would host the pageant, but the Miami Herald confirmed FIU as the pageant site through multiple sources.

That means that the prime-time TV coverage, which is also beamed out to about 190 other countries, may showcase FIU more than the local city that’s subsidizing the whole affair. Doral has committed $500,000 in taxpayer funds, with Boria promising to raise another $2 million from private donors to support the billionaire’s extravaganza. 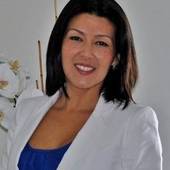