I've been driving past Boise for years, partly because I grew up in Sun Valley and inherited some of its snobbery, and partly because, from I-84, the city doesn’t beckon—there’s no striking skyline, no great monument, no illuminated tower. At 70 miles per hour, Boise is just a streak of green, an outlet mall, some mountains, and then it’s gone. Hardly a city at all, it seems. But what I learned recently is that Boise happily hides its charms from those of us who happen to be flying past (or over) on our way to better-known places.

I’m hardly the first to make this discovery. Boise (population: 215,000) is ranked regularly on those ubiquitous lists: Eighth Most Underrated City in the West (Life), Fourth Best Place for Women (Women’s Health), Best City for Men (Men’s Health), Best Town in the Western U.S. (Outside Magazine), etc. Wherever it ranks, I should have come sooner. Almost immediately after turning off the highway, I’m struck by how quickly the noise of the interstate vanishes and how green it all is. I cross the river, turn west, and find my way to The Modern Hotel and Bar. In 2006, Elizabeth Tullis bought a seedy Travelodge, renovated it, and, in what was then a cultural dead zone, turned that Travelodge into the city’s most stylish hotel—comfortable, smartly conceived, and inexpensive. It also has one of the best bars in Boise, where friendly and talented bartenders mix great drinks (I recommend the Hemingway Daiquiri).

But what really distinguishes The Modern, not only from other hotels in Boise but from other hotels anywhere, is its support of artists. On any given evening, outside among the fire pits in the lovely courtyard, locals and guests gather to hear musicians play or writers read as part of The Modern’s “Campfire Stories” series.

On this warm, windy evening, after that daiquiri, I walk into down- town, which, like more and more small American cities these days, is full of independent businesses and is bustling with people. Restaurants and cafés are jammed. I stop at Rediscovered Books, a thoughtfully stocked bookstore, before meeting an old friend for dinner at the nearby Juniper. We sit at the bar and eat delicious bison meatballs and grilled kale salad with pancetta and fried eggs.

The next morning, I wake up early and go for a run on the Greenbelt, a lush, serene park that stretches 25 miles along the Boise River. Bikers glide past on their way to work, students sit beneath trees reading, a couple eat breakfast on a bench, watching the water flow by. The park, which is impeccably maintained, is a surprise because it feels hidden, like the rest of the city—a pretty secret that no one is all that interested in sharing.

After breakfast in The Modern’s courtyard, I wander back downtown. I’m beginning to understand why Boise consistently ranks so high on those amorphous lists. It’s one of those rare places, not unlike Boulder, where both outdoor and urban lifestyles are possible. Set between the Rocky Mountains and the Great Basin Desert and at the convergence of three rivers, the city is a gateway to remarkable hiking, skiing, rafting, and mountain biking. It’s no wonder there’s a palpable sense of optimism and pride shared by everyone I meet

Later, I stop at Bleubird for lunch. It’s a bright, lovingly designed sandwich shop with a line of people out the door. I grab a stool at the stainless steel counter, drink a house-made grapefruit-rosemary soda, and eat a Reuben with Gruyère and purple slaw. Along with functionaries from the nearby capitol, tattooed skate-punks, and everyone in between, I watch the master sandwich-makers work.

I’m now thoroughly charmed by Boise, but snobbery is a hard habit to break. The next afternoon, I head west to meet the owners of a year-old restaurant called State & Lemp. I’m skeptical. A $75 five-course prix-fixe menu? Another $30 if you want the wine pairings? In Boise?

I’m quickly put in my place. Inside, elegant wooden tables and chairs extend the length of the room, forming one long communal table. I sit with owners Jay Henry and Remi McManus and talk. Immediately their passion for food, and for their restaurant, is evident. There’s no faking it, and the pride (there it is again) with which they discuss State & Lemp, and Boise itself, is remarkable. Their concept for the restaurant is a simple and appealing one, more frequently found in France than in the United States—one price, one menu, no choice. As we talk, Kris Komori, the chef, delivers stuffed squash blossoms and shrimp with apricots, peas, salted plums, and truffle oil. There’s wonderful local ale from Sockeye Brewing and a superb Hondarrabi Zuri, a Basque white. Then a dessert of local strawberries and Breton cookies made by pastry chef Michelle Kwak, who trained at Eleven Madison Park. It’s all outstanding, and without any of the pretension or imitation I expected. What I find here instead is an authentic enthusiasm for the restaurant, the food, the region’s farmers, and, as much as anything, the city.

Later, I stop by the Boise Co-op Wine Shop and, on McManus and Henry’s recommendation, pick up a bottle made by Cinder, a winery just outside Boise. By now I’ve learned my lesson, and this time, I expect something good. Indeed, it is a surprisingly sophisticated and flavorful red that’s a blend of syrah and viognier grapes grown in the nearby Snake River Valley.

As I drive back to the hotel, I think about Los Angeles—the spirit of that food scene, and the way some of its best restaurants can be found in unexpected places. There’s something of that spirit here too, but this is a younger, brighter city on the rise. As I walk along the river, the sun falling lower, I very much look forward to returning.

I like the best city for men.  It is a great city.  Have a great day. 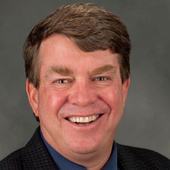 All things Boise, focusing on Real Estate along the amazing Greenbelt and Golf Course Communities. But we can't live by real estate alone, so there will be many blogs on what is going around town, to reviews of restaurants and who is offering the best deals in town. I will be bringing up the strange, funny and weird things I like to call I tripped over while out and about town.