La Quinta Resort will be the second stop on the Waldorf Astoria Driving Experience program that kicked off in Park City last week. Bring your driving gloves and some really cool shades and I'll see you in La Quinta October 15th-20th.  Stop in and say hello at the California Lifestyle Realty office on the resort property! This fall and winter, six Waldorf Astoria properties across the United States will offer guests the opportunity to drive three supercars in the new Waldorf Astoria Driving Experiences program. Starting September 30 in Park City, Utah, guests can hit the road in a Ferrari 458 Italia Spider, a McLaren MP4-12C, and a Porsche 911 Turbo.

Each experience ($999 per couple, not including accommodations) will begin with a driving tutorial by the Belgian racing champion Didier Theys, who will then lead the participants on a customized itinerary that will allow them to test out the three cars along the way. Total drive time will be about three hours, including stops for meals. The La Quinta route has not been finalized, but could include the white-knuckle, twisty Hwy 74!The program’s first drive of the season will take place at the Waldorf Astoria Park City on September 30. The program will continue on to the La Quinta Resort & Spa in La Quinta, Calif. (October 15 through 20); the Boulders in Scottsdale, Ariz. (October 24 through 29); the Roosevelt in New Orleans (November 6 through 11); the Boca Raton Resort & Club in Boca Raton, Fla. (November 14 through 19); and will end at the Arizona Biltmore in Phoenix (December 2 through 7).

SEARCH FOR HOMES IN LA QUINTA

Kathy - At this time of year being at the Waldorf La Quinta Resort and having that driving experience is the place to be at!  A wonderful opportunity for those that love fast cars!!!

The Waldorf Astoria Driving Experience to La Quinta Resort . . . . will be a great experience.

Kathy this most has more meaning to it now that the Chinese bought the Waldorf Astoria for slightly less than $1.95billion:)), Endre 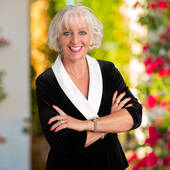