Have you seen the price of gasoline drop in the last few weeks?

This will surely help consumers use their savings in other ways. This should help the economy in general. (and maybe the real estate markets?)

However, the bigger pictures are the areas of the country that have the huge oil discoveries and what it is doing to their local economy. The agents in those areas have to be loving it!

The macro view is that the United States will be energy independent very soon. And there is already one state that is producing more oil than Saudi Arabia! I read a report by a very experienced researcher on the subject and he is convinced this is a "game changer" for the U.S. Economy. He compared it with the oil find in the 1930's which paid for the world wars and the economic strength that continued into the 1950's and 1960's.

Energy independence, what will that mean for our Country?

This boom will lead to job creation and our economy flourishing again! If you would like a link to this report, like this post and repsond with a request. I'd like to measure the level of interest in this subject! (as this report states that only a small percentage of the population is aware of this boom in energy) 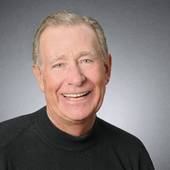