VEGETARIAN AGENT AGREES ABOUT Plate of BACON!  Well I might not be eating it unless it's Fakin Bacon..but this blog was too good and TOO important to not spreed the word.

A Line MUST be drawn, safety measures must be put in place. We are professionals doing things that NO other professional would dream of.

Success and Safety DO go hand in hand!

In Love and Support of all my fellow colleuges. If you ask a real estate agent to show you a house, and you’ve never met that agent, I hope he or she suggests meeting over a plate of bacon. And I hope you’ll oblige.

Sounds absurd, but it’ll make sense in a minute…

During the week I wrote this, Beverly Carter, a fellow real estate agent, was kidnapped and killed after meeting a potential client whom she didn’t know. The aftershocks are still reverberating through the real estate industry -- we are sad, angry, and afraid.

It’s not the first time something like this happened. In fact, it happens more often than you think, and it can easily happen again.

Drawing A Line, Or Drawing A Gun?

Since the news broke, agents have been throwing around ideas about how to avoid this sort of tragedy in the future. Ideas like:

But the answers aren’t so black and white.

Every agent arming themselves is a bit impractical (for many reasons).

An alert from a phone app may be too little too late.

...but it’s the most practical answer we have. And it’s something you’ll probably notice more agents doing in the future.

If you were an agent, with random people calling for you to show them homes on the fly, wouldn’t you want the security of knowing who you’re dealing with?

Personal safety notwithstanding, an initial meeting just makes good business sense. You get a chance to determine whether they’re sincere, willing and able buyers… and they get a feel for you as well.

A Line Is Sometimes Hard To Draw

You might be wondering why this policy (of meeting at their office or at least in a public place prior to the first showing) hasn’t always been universally enforced by agents.

Here’s why: agents want to be accommodating. They value your business to a degree that causes them to overlook their own personal safety at times.

The real estate industry is competitive. If agents insist that you jump through what seems like a hoop “just to see a house”, they fear you’ll simply call another agent who won’t demand such hoop-jumping.

However, the tragic loss of one of our own is causing us to rethink our collective value system.

This is why drawing that line in the sand, impractical as it may be, will likely become the new standard with most agents. As well it should.

But who says you need to meet at an office?

That’s where bacon comes into play...

Originally, I started writing this article as a list. A list of solid, logical reasons why you should meet with an agent in their office before ever even looking at a house. Yawn.

Then I figured I could extol the virtues of meeting for a cup of coffee. Sounds more appealing. Not as boring as an office, nor as demanding, or seemingly pushy and self-serving. It would be something much easier for an agent to ask of you.

But meeting for coffee is cliche. And besides, not everybody’s a coffee drinker.

Everyone loves bacon (at least that’s what Facebook tells me), and breaking bread with someone—sharing food—is a gesture everyone appreciates. I don’t mean a whole meal. That’s over the top. But a plate of bacon is perfect.

Bacon is just plain appealing, inexpensive, and provides the right amount of time for everyone to get to know a bit about each other.

Breakin' bacon”. Is it an absurd notion? Yes. But it stops you in your tracks makes you scratch your head. More importantly, it serves as a good starting point for a healthy agent-client relationship.

The Price of Convenience

As an agent, I know it’s all about the house from the buyer’s viewpoint. Not so much about the desire to meet and go over important stuff with an agent. I get it. I was a consumer before I was an agent. House trumps agent.

However, all it takes is one careless, but totally understandable decision to show a house, and an agent may never return home to their loved ones.

Sounds extreme, but it happens. Too often.

But yet not often enough that true changes in habits and patterns take place.

And if “breakin' bacon” -- bizarre as it sounds -- can stick in the minds of agents, and become the easy thing to suggest to you...

Well, then sharing some bacon starts to seem less absurd.

I’m only asking you to consider these words, thoughts, and feelings, and I thank you for taking the time to understand the agent perspective.

For now, it’s time to wrap this all up. It’s a late night at the office, and I just want to go home and kiss my wife and kids. Get some rest. And hope that these thoughts help someone in some way in the future.

I’m grateful I can return to my family.

Ripping the label off real estate agents.Gently turning the industry upside down.

My blogs are thoughts, opinions, and ideas.  Not advice...legal, financial, business-wise, marital or otherwise.  So, don't construe it otherwise.

I've learned so many safety tips over the 16 yrs of being an agent. thanks for posting!

Hey Tara Stone!  (And I am just realizing you are a fellow Jersey agent as I tag you here.)

Wanted to swing by and thank you for the repost of this article.  Means a lot to me! 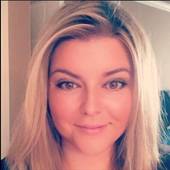 New Jersey Real Estate, Market Info, Insight, Humor and News You Can Use! I cover all of Real Estate life with a strong focus on New Jersey and Hunterdon, Somerset, Morris, Monmouth and Warren County