The first half of the 2014 residential Real Estate market in Northwest Allen County dug itself out of the never ending winter with upward pressure on pricing due to lower than normal inventory.  The median sales price rose 7% year over year and nearly 5% since the end of December.  The number of homes sold was down slightly during the first half as a result of lower inventory numbers.

Data compiled for this study is for single family, villa, and condo/townhomes within Perry, Eel River, and Lake townships in Allen county Indiana sold between January 1st and June 30th 2014.

Inventory was sluggish coming on to the Spring market as winter's brutal grasp held on longer than normal this year, which in turn resulted in less sales during this period and as you'll see later some upward pressure on pricing.  Supporting evidence comes also from the 6% drop in the number of homes sold from the previous 6 months (July-Dec 2013).  Average sales time didn't change much year over year but was up from from the 54 days during the July-December 2013 time period. There are currently 236 Homes for sale in Northwest Allen County with an average list price of $274,940. This translates into a little less than 4 months of Inventory currently available. Continued low interest rates should keep activity and pricing at or above current levels going into the second half of 2014.

I live in Northwest Allen County and enjoy all that living here affords me and my family..I'm not just another Realtor, I'm your neighbor.

When it comes time to buy or sell a home in Northwest Allen county,

This study is not designed to be used for determining a value of a particular home within Northwest Allen county. If you have a home in Northwest Allen county and would like a complete Market Analysis done for you, I would be happy to meet with you and provide a study designed for your home. This study was done using data provided by the Indiana Regional MLS, while it may not contain information regarding the homes sold privately by owners, it does present a fair representation of the historical market in Northwest Allen County. 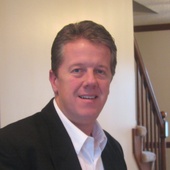