The Arvada community has suffered a great loss.  On September 29th Justin Vicory lost his battle with Melanoma.

As a Colorado native, Justin grew up in Colorado Springs.  He attended Colorado State University where he earned his bachelor’s degree.  Later he attended the University of Colorado where earned a Graduate Degree in Business Administration.   His degree proved to be very useful to him while he and his wife accomplished her dream of owning and running a bridal boutique.  D’Lola Couture and The Wedding Seamstress is located in Olde Town Arvada and has become one of the area’s most popular businesses. Justin and his wife Deedee made their home in Arvada just down the street from Arvada West High School with their four children Scarlett, Ivy, Chance and Gino.  In addition to being a small business owner, Justin made many other contributions to the community though his vast involvement in Arvada.  He was a Historic Olde Town Arvada Board member and extremely active with the Arvada Visitor’s Center.  Last fall, Justin was busy campaigning to be elected for the Arvada City Council District 3 position.  After his diagnosis, Justin chose to withdraw from the election.

Justin’s life was celebrated Wednesday October 8th at Faith Bible Chapel in Arvada. Family and friends gathered to share their most memorable experiences with Justin and to discuss the importance and severity of Melanoma Awareness.  Many origanizations in Arvada are kicking around the idea of a more public remembrance event in Justin’s honor however no official plans have been made yet. Justin kept a blog throughout his battle with Melanoma which can be read here.  He also became very passionate about spreading awareness about Melanoma prevention and early detection.  His family has created a Go Fund Me profile which is accepting donations to aide in medical costs and to go towards Melanoma research.  Learn more here.

Groups:
Colorful Colorado
Out Of The Box!
Posts to Localism
Local Expert
WeBlog Anything (almost)! 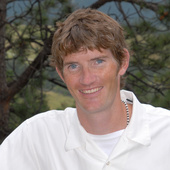