Like many here in the Rain, I love a good book. I look forward to Autumn because in early October I'll be going to the Seattle Antiquarian Book Fair. 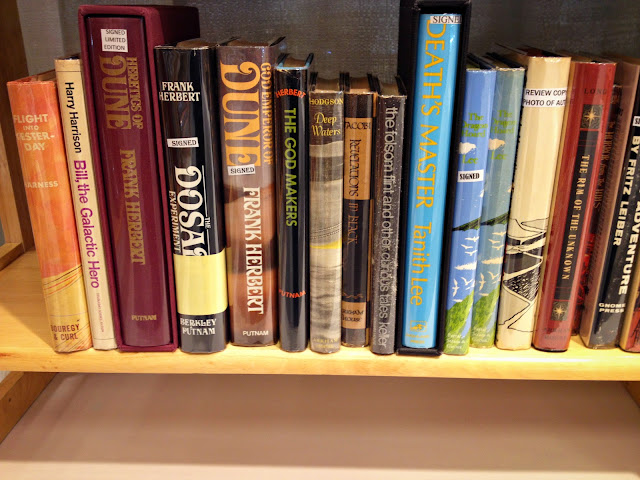 I’ve been a big fan of Frank Herbert and Tom Robbins for years. Both great writers and I’m sure part of the pull for me is the local connection. Frank was born in Tacoma, attended the University of Washington, lived in Seattle for a while and did a stint at the Seattle Star... I’ve read almost everything he ever wrote and of course loved the epic Dune series. Yet, one of my favorite stories is his 1972 novel, Soul Catcher.

Tom Robbins and I crossed paths in the early 80’s a few times in Seattle via the arts organization And/Or. He moved to Seattle in 1962 to attend the University of Washington. Later he worked at the Seattle Times as an art critic and at the public radio station KRAB-FM. I read his book, Even Cowgirls Get the Blues in 1977, then his first book, Another Roadside Attraction in 1979 and was hooked. 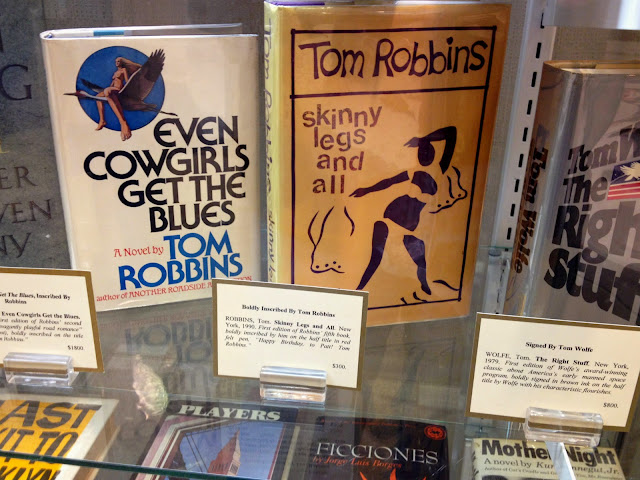 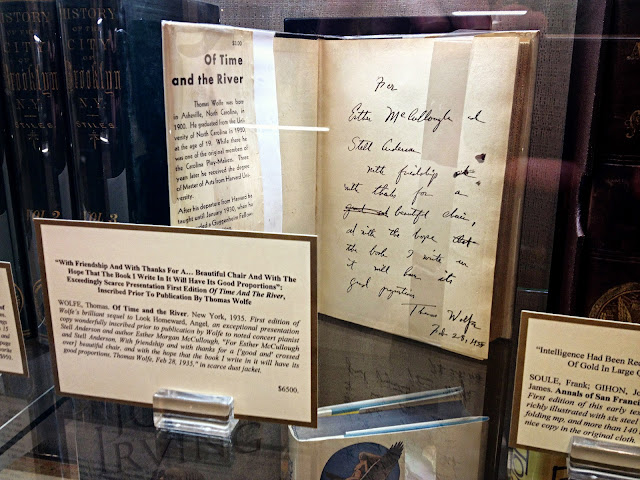 I really enjoyed seeing this one! Of Time and the River, by Thomas Wolfe. It’s a first edition of his sequel to Look Homeward, Angel, published in 1935. ($6,500) 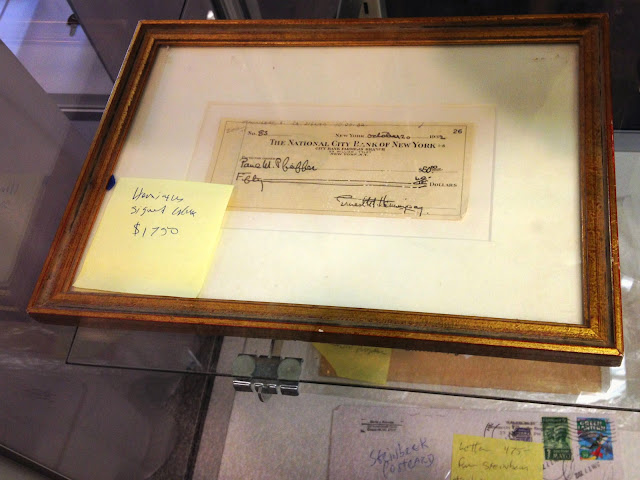 Now wouldn’t this be the ultimate treasure in my library! Gone With the Wind, by Margaret Mitchell... First edition, signed, 1936. ($5,000) It was in totally mint condition. 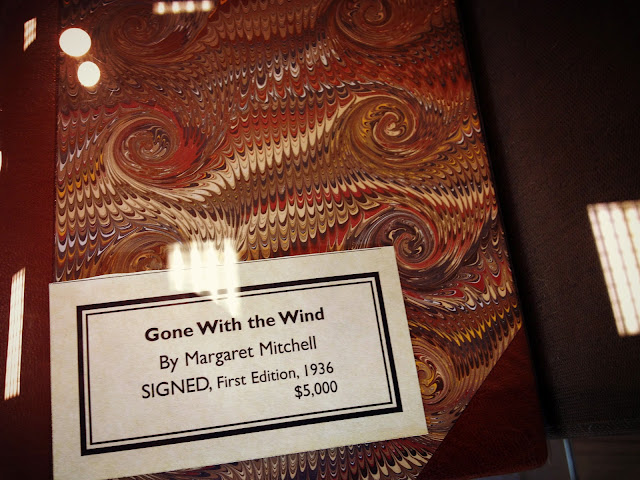 Last but not least... Seattle & the Charmed Land by Almira Bailey. She wrote several travel guidebooks about Seattle, the Pacific Northwest, and San Francisco during the 1920s. I love the cover on this one. That’s the Smith Tower in the lower right. 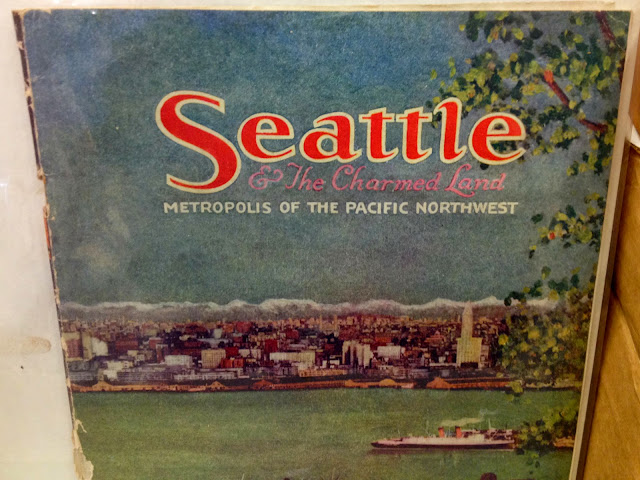 I really enjoyed the 2014 Seattle Antiquarian Book Fair this year. My good friend Dave Hoskin shares a passion for books and we had a great day together. There’s nothing like sharing some old books with an old friend. Another reason I love to attend the fair is I’ve been an avid book collector for many years and once again I got a pretty good idea what several of my first edition copies are worth.

René - wow I see a signed copy of Gone with the Wind.  Sounds like a book fair worth visiting.

Wow at some of the finds there.  My husband is a huge Frank Herbert fan too.  I'm always looking in used book stores and book sales for ones he doesn't have.

Hi Grant... The Fair had so many gems! I could have spent my life savings! :O)

My wife, Dolores, would love this event. This makes me want to check some of our old books!

Thanks Roy... I went through mine and happy to report a few are doing better than my 401k investment picks! :O)

Hello Rene.  You lead a very interesting life young man.  By coincidence your top photo shows one of my all time favorite series as well.  "Dune"  Thank you for your continued interesting posts.  Mark

Thanks, Mark! I'm a super fan of the Dune series and pretty much everything that Frank Herbert ever wrote.