“I have enough money left over after paying my bills to buy a cup of coffee and a donut.” That was Tom telling me how difficult it was to make ends meet on his $1,101 Social Security check. He didn’t mean that he would get a coffee and donut every day, he meant he’d go once that month – and

only if he had something left over!

That’s no way to live.

Nor was Tom actually making ends meet, coffee or no coffee.

We met because the Town had initiated foreclosure proceedings for several years of unpaid taxes. And, while Tom owned his home free and clear, there was no way he could take out a regular mortgage to catch up on his taxes – he simply didn’t have enough income. (I know some of my readers will be asking why he didn’t just get a job but the simple fact is that Tom suffers from a debilitating back injury. On most days, it’s just painful to watch him walk; on the others, it’s down-right disturbing. Truly.)

The Reverse Mortgage credit line that I secured for him allowed him to pay-off the past-due taxes and provides funds for future years’ taxes until Tom is nearly 80 (an age he admitted he hoped he’d never see). For Tom, it gave him hope – not only that he could stay in his home, but also that when he was feeling up to it, he’d be able to enjoy a cup of coffee and a donut without sacrifice.

They say that necessity is the mother of invention. Sometimes, she gives us the inspiration to help someone in need.

PS: Tom told me when we met that he’d lost his younger son at age 21 in an auto accident. That’s horrible enough but it gets worse: his son was in a vegetative coma for 18-years before his body died. I think few of us can imagine the suffering Tom went thru… he’s grieving still. Can we really begrudge him his inner hope that he doesn’t live into his 80’s?

Good morning Kit. I am fortunate see you do your magic each and every day. You have saved so many seniors from horrible situations and gave then a much better quality of life. Thanks for sharing another success story with your friends on AR.

Thank you for sharing your story. Have a good weekend. 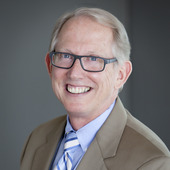 almost 8 years ago
bookmark_borderbookmark
Have you ever faced someone who was crying?
View more Recent Posts   arrow_forwards