I've only been in real estate (licensed) since 2010 and my focus was always to secure more rentals in order to grow my property management business.  I knew in early 2014 that I would be selling the business and working to make a serious career on the residential sales side of real estate.  You know, striving to be one of those multi-million dollar, superstar agents.

Earlier this year, I ran into a very successful agent and he told me he spends about $3,000/month advertising on Zillow, paying for exposure (impressions) by zip code.  My broker knows an agent that absolutely cranks out deal after deal and spends close to $10,000/month doing the same thing.  So I knew when a chance came up to "own" part of a good zip in my territory I was going to take it.

Well Zillow called me in May and said there was an opening of 8600 impressions in zip code, 98116.  That is a decent West Seattle zip with an average price around $500k.  The cost for that was $474/mo with a 12-month commitment.  My Zillow sales rep asked what other zips I would like if available.  I told him and a month later, I was able to buy 6500 impressions in Federal Way, 98023 for $674/mo with a 12-month commitment.  I liked that mix as it gave me a higher-end market and a high volume-transaction market, with an average price around $220,000 per deal.  So there I was sitting with a monthly commitment of $1,148 per month.  All I needed was really one solid deal in 12 months and it would pay for itself.  Well that is, as long as there were leads flowing in.  This is what I have to show for it as of today and almost $6,000 paid to Zillow. I know how to respond to leads and promptly follow up.  Some I responded to via the Zillow email system, some by phone and some directly from my personal, agent email system.  The problem is that I'm NOT getting enough leads to work.  Converting one or two of only a dozen leads is highly unlikely, even for the most experienced pro.  When I called to complain at the end of August, they directed me to a "relationship manager" who gave me some tips on following up and threw in a couple crummy zip codes for $2.00/each for 30 days.  Whoo...hoo.  You can see from the list of leads that it didn't really produce.

I understand that I signed a contract.  Yet, I am upset with the way Zillow sold me these zips with such confidence.  At the time, I think I had 7 reviews and 6 transactions in the last 12 months, as listed in my profile.  Now I'm up to 14 reviews with 7 recent sales.  I actually had 2 more but there were apartment buildings and Zillow doesn't allow multi-family listings to be reported.  I'm beginning to realize that most likely, buyers are overlooking me and contacting agents with more reviews and more recent sales to report.  I'm frustrated that I wasn't aware how weak my profile may be and that it probably wasn't time for me to commit to so much with Zillow.

Let this be a warning to relatively "newer" agents in competitive markets.  Don't let Zillow sell you on their game.  I'm not expecting a full refund, but I would expect Zillow to credit a month or something as a nice gesture.  I realize they are delivering above and beyond the contracted amount of impressions.  I just wish they would not have sold me on the opportunity to receive so many leads.  It really feels like I was sold a lemon from a sleazy, used car salesman.  TWO THUMBS DOWN!!! I will never pay Zillow for leads. If I can't get them on my own, then I should be doing something else for a living. I 'm sorry you had such a bad experience. 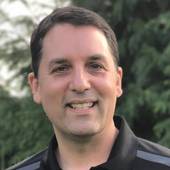