Barbara Corcoran won't take "no" for an answer.

Speaking at the Greater Boston Associaton of Realtors' Roadshow, Conference and Expo yesterday in Norwood, MA, she recounted the story of how, just days before she was to fly to California to sign a contract securing her role as one of the star entrepreneurs on Shark Tank, she received a message from producer Mark Burnett saying that she had been relegated to merely a "backup" Shark.  Rather than accepting that disappointing pronouncement, she shot back an email to Burnett, asserting that she was in the habit of being #1, she had already purchased her plane ticket, and she planned to be on that flight.  Burnett was so impressed that he told her to come on out for the meeting, and of course, the rest is history.

"I'm great at failure," Ms. Corcoran told an appreciative audience.  "My great talent was taking a bad hit and turning it into something good."  She's proved that again and again, not only in her determination to win a seat on Shark Tank, but in her scrappy development of the prestigious Corcoran Group, which she sold 13 years ago for $66 million (cash), after having made an initial investment of only $1000.

During the lean years, when she didn't have any money to advertise, she invented The Corcoran Report, using only sales statistics for New York city apartments that had been sold in-house, and sent it off to The New York Times.  To her amazement, it appeared in the next Sunday's Times' Real Estate section.  She was off and running, and she parlayed her wits and fearlessness to create the hype that attracted well-heeled clients, such as actor Richard Gere, whose agent called Corcoran to ask if she might have the time to work with him.  "Perception creates reality," she believes.  "The big mouth inherits the earth."

Corcoran noted that she looked for particular personality traits in the agents she brought on board.  "If you're not aggressive, you won't make it in real estate.  We're hunters, not gatherers."

Maureen - Barbara is a great role model and in so many ways.  Her posiioning and PR expertise has been amazing for all of her businesses.

I  enjoy that program when I have a chance...and appreciate her creative approaches to marketing.

Maureen, Barbara is sometimes a bit overboard on the show, but one to admire for her persistence. Enjoy  your day!

I came over from Kathy Streib's post to read yours.  I'm very glad I did.  Great message read ... and absorbed, Maureen Harmonay ... thank you!

Wow, good for her. I need some of that spirit right now. Thanks

Barbara Corcoran is pretty amazing. I'm reading her book, Use What You've Got, and other business lessons I learned from Mom now. It's a good one.

Love this insight, I'm a big fan of Barbara and what she's done to make it to the top.  It doesn't take much, and like she says, perception is a very powerful tool.

Thanks for sharing this article. Hard to argue with success.

Maureen Harmonay - well, Barbara Corcoran sums it up in just one sentence -----

"If you're not aggressive, you won't make it in real estate.  We're hunters, not gatherers."

I'm so glad Kathy included this in her weekly review!  "The big mouth inherits the earth".  I LOVE that line!

Maureen, I had the good fortune to experience Barbara Corcoran at one of our state conventions.  She is a great inspiration!

Hi Maureen, great post! Barbara Corcoran is indeed an amazing person and would love to meet her in person.

I do love reading about success!

I think there is some great advice in here for all of us.

Funny about the big mouth inhering the earth.

As long as it's big & consistent and done in such a way as to not turn off the listener.

Great post!  I am glad I didn't miss it thanks to Kathy and her wrap up!

I read her book years ago -- I think it's time to read it again.  It was full of advice from her mama, which obviously worked well for her!

I can't wait to read her book! Great post. She is a very interesting person. Perception does create reality.

Maureen, chutzpah! That's what I love about women like her. We need that to be an intrinsic characteristic in women. We can rule the world!!

Like
favorite_border 1
Will Johnson
Hendersonville, TN
The Sell and Stage Team

Fantastic post.  I love Barbara on Shark Tank and I think that she can be an inspiration to all of us.  It's crucial that we don't give up when the going gets tough.  We can learn a lot from failure and a good attitude and perserverance can get us far.  Thanks for sharing! 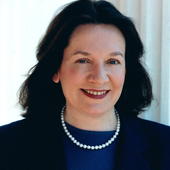