Right from the start, you should know that this post has nothing to do with Pender Island.  Or real estate.  It's all about amphibians -- you know, frogs and friends -- and what is happening to them.

In a much earlier life, I worked as a Keeper at Whipsnade Zoo in the UK.  Then I went on to work as a photographic safari guide in Zambia.  As you can gather from this, I love animals.  All animals.  Even the ones other people refer to as "slimy and gross."

Which is why this post is about the Amphibian Ark.  The Ark is project of the combined efforts of the global conservation community -- among them zoos, aquariums, botanical gardens, natural history museums and organizations (large and small) -- dedicated to protecting and preserving this vulnerable population.

2008 has been named "The Year of the Frog" -- a campaign to generate public awareness and understanding of the amphibian extinction crisis.  Amphibians are severely affected by habitat loss, climate change, pollution and pesticides, introduced species and over-collection for food and pets.  They currently face the most signicant mass extinction since the dinosaurs.  Without an immediate and sustained conservation effort, up to half of the world's 6000 species of amphibians could be gone within our lifetime.

The most immediate threat to amphibians is a deadly parasitic fungus called Amphibian Chytrid, which may have been exacerbated by climate change.  Currently untreatable and unstoppable in the wild, the fungus can kill up to 80% of native amphibians within months.

It is wildly thought that the fungus will run its course by 2017.  In the meantime, the Amphibian Ark's purpose is to collect and maintain, in captivity, select species that would otherwise go extinct.  These species will be kept in zoos and aquariums around the world until they can be reintroduced securely into the wild.

For more information, or to see what you can do to help, visit their website, and for up to the minute news about the crisis, visit the aptly named Frog Blog.

And for those of you who came looking for Pender Island real estate information -- please visit my site @ HomesOnPender.com

Sounds like you've had an exciting life, what great work you've been able to do!  Thank you for the post.

Hello Howard - I enjoy your Blogs - interesting reading! Thank you and Theresa so much for all the help you have given me in setting up my website.

I do appreciate all the information you provide!

Like
Mary McGraw
GLREA - Rockford, MI
2015: Solar Energy Is Still A Simple Machine!
Hi Howard! I will have to go to your links! There was an article in our press this week about the disappearing frogs. Our  John Ball Zoo will be opening an exhibit April 19 featuring 15 exotic species! I just might have to hop over there and check it out!!! Thanks for the links! 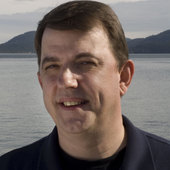