Please see below an article from The New Hampshire Association of Realtors. There is some good information here. Visit nha.org.

The New Hampshire Association of REALTORS hosted a meeting on October 10 titled "Real Estate by the Numbers." The keynote speaker was Dr. Lawrence Yun, Chief Economist for the NAR. For anyone who missed his excellent presentation, here are a few key points:

All of Dr. Yun's PowerPoint slides, and additional information from the event, can be found by clicking here.

The Census Bureau recently published its 2011 American Community Survey data for New Hampshire, and here's what it shows: New Hampshire is now the third-oldest state in the nation, with a median age of 41.5 compared to the national median of 37.3 years. That means our state is older than Florida (which ranks fifth) but not yet as old as Maine or Vermont that rank first and second respectively.

The main reason for such a high median age is a severe deficit in the number of young people (NH is 12 percent below average in number of young adults) and a lack of population growth.

From 2010 to 2011, the Census Bureau estimates that New Hampshire's population edged up just 0.1 percent. Only five states grew more slowly.

But as you can see in the attached file, home sales are rising in 2012 over 2011, and there are a couple of reasons for that besides the recovering economy. Most importantly, New Hampshire ranks third in the nation in the percent of households that are married couples (54 percent, compared to 48 percent nationwide). This is important because married couples, most of which have two earners, are far more likely to become homeowners than any other type of household.

Another reason for rising home sales is that New Hampshire also ranks third in the nation in the percent of homes that are second or vacation homes. This is partly due to the fact that our state and the rest of New England has more that its share of aging Baby Boomers, who are in the prime age group for second home buyers.

New Hampshire also ranks high among the fifty states in terms of educational attainment (eighth in percent college graduates) and income (fifth in median family income). Both of those factors contribute to rising home sales.

The September data from NNEREN shows that almost 9,600 homes and over 2,200 condominiums were sold statewide during the first nine months of 2012. Residential unit sales in September rose 8 percent over the same month last year.

Year to date, residential sales rose 19 percent over the first nine months of 2011 and increased between 15 percent and 26 percent in every county in the state.

Median selling price rose 2 percent for September year-over-year but dropped 2 percent for the first nine months compared to 2011. Median residential home selling price statewide was $200,000, but varied widely from $258,000 in Rockingham County (up 1 percent) and $80,000 in Coos County (up 9 percent over last year).

Based on the first nine months, New Hampshire REALTORS are on track to sell 2,000 more homes in 2012 than they did in 2011. That will mean $500 million more sales volume this year compared to last year, just in residential sales. Nice work.

My next column in January will discuss the prospects for 2013.

Peter Francese can be reached by email at peter@fracese.com

We are seeing the same trend here in Fairfield County, Ct, good news.

I am cautiously optimistic, but we are seeing more activity and we have been branching out in the our area, heading further North. So far, so good. Thanks for the post.

Amy...Slow and steady wins the race, and "New Hampshire-ites" need to be convinced that a tend is not temporary. For these reasons we didn't see a lot of foreclosures to begin with and the conservative nature of our population in New Hampshire...means we hardly ever see wild swings in market tends. These are good indicates for the long-term ownership of real estate...in our state. 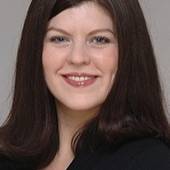 over 7 years ago
bookmark_borderbookmark
Timeshares- Is this a good choice?
View more Recent Posts   arrow_forwards