Have you or your clients been wondering why/how the mortgage rates have stayed so low/fallen?  We have too, so we reached out to some of our mortage experts to find out why.

This year's falling mortgage rates have been a surprise to Wall Street and economists, in general. Mortgage rates were expected to climb toward five percent or higher this year because the Federal Reserve was ending its third round of quantitative easing (QE3).

The opposite has happened instead.

As the Federal Reserve has reduced its involvement in the mortgage-backed securities (MBS) market by $35 billion monthly over the last nine months, and made plans to terminate QE3 with a final $5 billion QE3 reduction later this month, mortgage rates have dropped.

So how did so many "experts" get it wrong? The answer is the same as always: It's not the events we expect which cause mortgage rates to move -- it's the events we don't.

As fast as the Federal Reserve is pulling out of MBS, global investors are pouring in. A few reasons why include the following.

Dragged down by its housing market, the broader Chinese economy has underperformed while the Eurozone economy may be headed toward recession.

Neither outcome was expected 10 months ago nor is pessimism growing among economists and consumers. This shift in sentiment has prompted investors to seek "safe" investments during this period of uncertainty -- an asset class which include U.S. mortgage-backed securities.

It's a well-known trading pattern known as flight-to-quality and, so long as global economies remain weak, mortgage rates will benefit.

Conflict, War, and The Ebola Virus

It's not just "weak economies" which can stoke a flight-to-quality -- strife and disease can do the same and, since the start of January, there's been a bevy of headlines which have helped to drag U.S. mortgage rates down.

In addition to the political events surrounding Russia and Ukraine, there has been ongoing armed conflict between Palestine and Israel; and in Syria and Iraq.

Furthermore, recently, there has been growing concern about the Ebola virus and its potential to disrupt world economies.

War and sickness create uncertainty which can push investors toward safer asset classes. Mortgage rates have been lower, in part, because of the flight-to-quality these events have sparked.

Because mortgage-backed securities are priced in U.S. dollars, inflation's link to mortgage rates is fairly straight-forward.

When inflation rates rise, the value of owning a mortgage-backed bond drops because bond payments have less value to the holder. In response, bond holders sell their MBS which increases the market supply and leads bond prices lower.

Conversely, when inflation rates drop, the value of a mortgage bond grows and that's exactly what we've seen through the first three quarters of this year.

Mortgage rates are at a 17-month best and may be headed lower into 2015. However, you won't want to wait to see how low rates might go. One unexpected event could reverse rates higher -- just as unexpected events have pushed rates down.

We hope you have found this information helpful!  Moral of the story?  Now is a GREAT time to invest in real estate!

What an informative post! Very interesting read. Thanks for all the info and explanations on the falling mortgage rates

Great job with your analysis ! Buyers need to capitalize on this good news ! 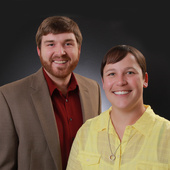 The place to be to get all the info on the real estate market in Asheville, NC and surrounding areas (Henderson County, Buncombe County, Madison County)