Abandoned houses can be found in any neighborhood. So why are there so many abandoned housing units still causing problems for their owners? These problems mostly correlate directly to the collapse of the housing bubble – when housing prices peaked in 2006, then declined rapidly until they hit all new lows in 2012 – and the foreclosure crisis it triggered soon afterwards. And it is generally acknowledged that together these two were a large part of what pushed us into the 2007-2009 recession.

For more information on how to capitalize with Abandoned Houses, join this Free Training Webinar on Fast Track Real Estate Wholesaling.

In the midst of the housing bubble we saw an increase in foreclosure rates; borrowers found it more difficult to refinance their loans, and as adjustable-rate mortgages started to reset themselves at higher interest rates (causing higher monthly payments), mortgage delinquencies increased. And this led to an increased number of foreclosures and subsequently abandoned houses (and shadow inventory.)

This crisis seemed to culminate as well, in 2012 when an apparently widespread epidemic occurred of improper foreclosures initiated by large banks and other lenders; causing several large banks to immediately halt their foreclosure proceedings temporarily in some or all states. This is an issue that is still largely unresolved, leading to some distressed properties to be so tied up in red tape that their owners are abandoning them and leaving them for ruin.

In most cases however, while these abandoned houses remain unused and empty, there is an owner living somewhere still making monthly payments on it.

Investing in abandoned houses is often thought of as a lesser-known area of profitability. Most people will pass by an empty property everyday and never give it a second thought, or believe that someone else will deal with it. But investing in these properties can be easy and have the potential to return a huge profit. Most likely, if an owner is still making payments on an abandoned house, they will be far more willing to sell it for far below market value just to get it off their hands. These properties are a headache for their owners and the sooner they can hand it off to someone else, the better.

This can be good news for you, if you know how to find these abandoned houses and their absent owners.

There are a couple of ways to go about finding these properties:

1. There are thousands of listings for abandoned properties buried in with all the others, but there are certain keywords (in MLS listings or for sale by owner ads) you can search for to help you wade through the websites. These keywords are clues that the owner is desperate to sell and willing to accept offers far below market value:

“Title has been transferred.”

Another term to look out for while searching is “Owner Financing” or “owner will carry loan”. This is a great indicator that the property has already been abandoned and is a great perk. Many lenders will not finance distressed properties, causing the owner to be willing to carry the loan on their own or sell it for cash.

2. Legal Records: If you see a property that looks abandoned and can’t find any listings for it, you can often verify it through the County Recorder’s public records.These records will include the owner’s name, legal description of the property, its latest appraised value, and if there are any delinquent taxes or liens owned on the property (tax delinquent property or bank preforeclosures represent some of the most motivated sellers.) Using this information, it’s usually just a few more steps to track down the owner and offering them a price.

We see abandoned houses everyday and often never give them a second thought. But these properties are doing nothing but collecting dust and causing headaches for their owners.

I have made it an habit to keep a notepad and pen in the car at all times. As I drive, I always keep an alert eye for vacant properties: I write the address down, look up its history and owner when I get home, and I have made many deals over the years just by doing this simple strategy.

For more information on how to capitalize with Abandoned Houses, join this Free Training Webinar on Fast Track Real Estate Wholesaling.

We have what I would call an abandoned house a few doors away. The owner leaves elsewhere and is just using it for storage. Is paid for so will probably sit this way for awhile. 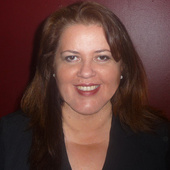