October may be a month of many bounties–Halloween, of course, the

slight possibility of a string of less than 90-degree days, National Cookie

Month and “Eat Country Ham” Month among them – but this year

Murrieta, both named as two of the fastest-growing and safest cities in

Per Business Insider, which ranked the top #13 safest cities in America,

Murrieta comes in at #4 and Temecula is #2. The study used number

of violent crimes per 100,000 people to arrive at its rankings. “Violent”

and one murder while Temecula experienced just 72 such crimes and

no murders. A number of other California cities also made the list,

including Irvine, coming in just ahead of Temecula at #1. (Thousand

This news may come as no surprise to residents, many of whom flocked

neighboring cities on the proverbial map in the first place. But for those

utterly unfamiliar with or perhaps only slightly so, these designations

could spur an as-of-yet unpredictable number of relocations.

San Diego cities also made the cut, including San Marcos, coming in right

(#186). WalletHub used various metrics to arrive at their rankings,

Comparing the two lists, we find that nearly half of the safest American

cities are also among the fastest-growing, so a correlation is quite

probable. In addition to Murrieta and Temecula, they are: Thousand

Thus, eight of the 13 safest cities are also some of the fastest-growing;

unsurprisingly, then, a number of these cities also made it onto

spread quickly and travel far, contributing to a stellar 2015 for local

agents. If all else fails, it’s still National Pizza, Seafood and Popcorn

Popping Month, and we still have Bologna Day (the 24th)

to which to look forward, so there’s that. 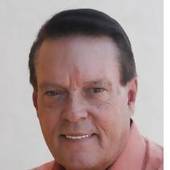