Sales of newly built single-family homes rose just 0.2 percent in September, according to estimates from the U.S. Census Bureau and the Department of Housing and Urban Development. But though virtually unchanged from August, new-home sales still registered their best month since July 2008 and were up 17 percent over last year’s estimates. The improvement suggests the housing market is slowly returning to normal, despite the volatility of recent monthly real-estate data. Also in the release, the median sales price of new houses sold during the month was $259,000; the average price was $313,200. At the end of the month, there were an estimated 207,000 new homes for sale nationally. That represents a supply of 5.3-months at the current sales pace. A six-month supply is considered a healthy and balanced market. 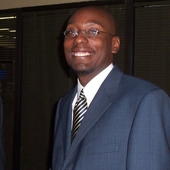