In what is, without a doubt, the most bittersweet moment in my professional career, I will be stepping down from my role at ActiveRain. It's bitter because this community has meant so so much to me. It's sweet because I look forward to what my life and career has in store!

I'm not even sure I can begin to describe what this community has meant to me over the last 8 years.
(But if you read my blog with any regularity, you know I'm a blowhard so I'll spend the next 3000 words trying, haha)

In many ways I feel like I have grown up here. I've learned an amazing amount about real estate, myself, the concept of community and maybe most important, other people.

I'm not sure at what point in the journey it was exactly that I realized ActiveRain was such a special place. There are so many times when I have been moved, in some cases to tears, because of how amazing this community has been.

In late 2009, when we started our RainCamp series, I got a chance to travel the country and meet a lot of the members who had, until that point, been mostly just an avatar on my computer screen (or a voice on the other end of a phone). All throughout 2010 we traversed the country meeting so many of the faces that make this community amazing.

There was one particular memory from that Raincamp tour that to this day has left an indelible impression on me. One member, at the gathering after the Raincamp event, said something to me that really stopped me in my tracks and made me realize how important ActiveRain was, at least to this person. I'm paraphrasing, but it went something like this......

"The market has been tough out there for a lot of people. But I'm here to tell you right now, ActiveRain has helped put food on the table for my kids and I'm not sure if I'd be in the business still without it"

Up until that moment, I thought we had built something that, at the very least, people enjoyed. It was a place you could come to unwind after a crazy day in real estate. It was a place you could come to share with and learn from people facing the same challenges as you were. But I never realized that we were actually impacting people's lives. Like I said earlier, I feel like I've grown up here. Maybe I should have realized the impact we were having, but it wasn't until this person kind of grabbed me by the shoulders and said it directly to my face that it sank in. (I'm pretty sure you know who you are, thank you! Your friendship means a lot)

From that point forward, I paid a lot more attention to the way we were impacting the lives of our members. It wasn't that I wasn't paying attention before, it's more that I don't think I realized the degree of the impact. Maybe I'd fallen into the trap that if I wasn't making a shit ton of money or being lauded for my acheivements all the time, that what we'd created wasn't as great as it actually was. I may have just been naive.

I never really set out to be in the real estate industry. It kind of stumbled in my path. And if I had to do it all over again, I would run screaming in the other direction (haha, I kid) I wouldn't change a thing. The future of this industry is completely moldable. Since the early 2000's when I first started in the industry, things have changed so much. In fact, it seems that the only thing constant is change. As I look around at the opportunities, it's obvious to me that this industry will probably always be evolving. That excites me!

One of the first things I ever remember Jonathan saying to me in the early days of ActiveRain was that if we could make a difference, a real significant difference, in the life or business of one person every day, eventually we would have a company worth something, a company of which we could be proud. For the last 8 years, I've set out to find at least one person every day where I could make a difference. Later we would do things like large webinars, where I had the chance to talk to hundreds of you at the same time. Even today, after all these years, I still believe that taking the opportunity to reach out and impact, in a signifcant way, one person each day is a great way to build a business.

I hope that I had a chance at some point in this journey to have an impact on you. If I didn't, then I owe you one. I'll be around for you to collect. :-)

To Jonathan, Matt, James, Caleb, Ben, Rich, Jeremy, Brad, Jorgen, Doug, Nikesh, Kelly P and Kelly C, Kerrie, Kris, Alicia, Eve and a ton of other amazing people that took place in my ActiveRain journey and that I had the pleasure of working with, a sincere and heartfelt thank you. Thank you for pushing me. Thank you for believing in me. Thank you for making my life more well rounded and definitely more fulfilled.

And to all of the members of ActiveRain. I'll never be able to repay you for how you've made me feel, how you've lifted me up, how you've challenged me, how you've driven me to do things I wasn't sure I was capable of and how you've changed my life.

Bob, you are the ActiveRain Spokesperson, you are the face and voice we have seen most often and you are loved! We will miss you in that roll, but will still get to watch you build Houseline with Jon. Thank you for all you've done for all of us!

Wishing you all the best in your new venture Bob.  Thank You!

Bob, wishing you the best in all you do...  No reason you can't still write "something" from time to time.... Eh?

stop by and say how you are doing.

After so many years~ no turning back?

Bob - you see, I am not the only one. And, trust me, there are so many other people who would love to hear from you.

Don't you know that no matter what, you were and are loved?

Good grief, I guess I missed a lot while I was out of the loop working on closing the antique store.  You were very, very good to me, and I know you cared.  You will be missed hugely.  Best to you always, Bob Stewart

Sorry to see you leave, Bob. You made some GREAT contributions here! I will continue to watch what you left behind.

Bob: I decided to come by to AR to try to catch up a bit and now I found this...I feel very sad. I have not been inspired to continue on this wonderful site either and it is so hard. What happened to this place?--it was such a sure thing for all of us for so long! ...a sure thing in that we were so sure we would see and share our ideas and our personal business experiences  with all of our friends---even if we had stayed away a while!!! Now there is this and I can't tell you how sad I am about it all! Maybe you will appear again in another iteration of AR--I hope so!! Please let me know if you do---I intend to be a "follower" wherever you end up! Good luck to you!!!

Attitute, atttitute, is the key, it will make a big difference.

You have been missed. We knew who you were and all the heart and hard work you put into this. Exactly, Bob, ActiveRain can be what one wants it to be. I just love it!  Hope what ever you do in life, Karma repays you...God blesses you.

I read this over and you know what Bob.,...THIS place was you and all of us ....behind the words.

Hot diggy damn!  What great news that you will be back.  You've been very missed!

I agree with Sally, AR is YOU and us...together!  We love you and are so glad you are back!  As Tammy says, you have been missed...a lot!

Yay! We are all so excited to welcome you back, Bob. It just hasn't been the same around here. You epitomize the heart and soul of this platform, and frankly that has been missing of late.

Bob Stewart
Only 231 days without you --- lucky us at ActiveRain!

Thanks to Ben Kinney!

All the best - Lynn

Super News  I have truly missed you, your wonderful ideas, programs, education, and ideas.  I wonder if you missed us more...or we missed you most.  All I know for sure is I am truly grateful.

Bob Stewart - It's hard to believe five years has gone by since you wrote this last AR post. Even though you stepped down, I hope you are happy and to let you know I continue to think the world of you. I wanted to wish you and your family a very Merry Christmas and blessed New Year. 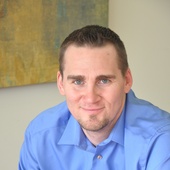