Home > Blogs > Susan Christiano > Susan Christiano's (schrist000) Blog
bookmark_borderbookmark
Southwest Florida – Why? No need to tell you that it’s a buyers market, every time you turn on the TV, radio or pick up the paper, it’s there. Buyers now have so many options to purchase affordable, gorgeous properties in Southwest Florida. Naples, Fort Myers, Estero, Bonita Beach, Cape Coral, Sanibel and Captiva are still the most desirable locations for vacation, retirement and relocation. Why Southwest Florida? Strategically positioned as the future gateway to the Caribbean Basin and Latin America, Southwest Florida is one of the fastest growing population and economic areas of both Florida and the nation. Additionally, the region has emerged as one of the nation's leading hot spots for business. Reflecting the dynamic growth of the region are a newly expanded international airport and the state's 10th University, both of which are among the fastest growing in the nation. Recently undergoing a $438-million enhancement to double its capacity, Southwest Florida International Airport continues its record-setting pace, serving more than 7.6 million passengers in 2006 as one of the 50 busiest airports in the nation. The airport is served by a host of major commercial airlines and offers direct flights to Europe. So, Southwest Florida Why? Why Not! Paradise is still paradise, regardless of the economy
Like favorite_border
favorite_border 0
repeat 0
bookmark_borderbookmark 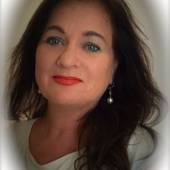