For many decades, Hollywood has made box office gold creating comic films about the hilarious possibilities that nightmarish house remodels present: from Mr. Blandings Builds his Dream House to The Money Pit (and even Under the Tuscan Sun), audiences delight in the shifty tradesmen and rotting timbers that define the genre.

If you’re an energetic Do-it-Yourselfer without much remodeling experience, Job One is to gather professional opinions to minimize the likelihood of costly discoveries. But before you even get that far, there are some general concepts that veteran turnaround investors know. These are disqualifiers that make it much more likely that buying a home in Indianapolis will be a shrewd investment instead of dollar demolisher.

Is it worth buying a fixer-upper in a rundown or otherwise somewhat undesirable neighborhood? It can be tempting—especially when the asking price makes buying such a home a seemingly unbelievable value. But ignoring the ‘location, location, location’ truism is risky business. In many cases, such an investment may yield a diamond in the mud—a renewed structure that will never rise in value until the whole neighborhood rises in value (which could be never). Safer choices will be found in neighborhoods that don’t need remodeling themselves.

Buying a home in central Indiana—especially when the neighborhood is fine and the price is more than right—can give rise to overly emotional decision-making. It can be tempting, when a property is almost okay, to make an instantaneous decision…but if you find yourself making excuses for this or that drawback, or finding yourself indulging in a bit of wishful thinking here and there, take a breath! Hopeful eyes may easily transform to fixer-uppers into mansions, but that’s the only time ‘easily’ will apply. Buying a home that needs major renovation is a probable mistake for home buyers who are uncertain about the money, time, or construction expertise that lie before them. A realistic mindset is the first ‘tool’ you need as you transform a fixer-upper into a winning investment.

Sometimes, buying a local home as a fixer-upper seems exciting not for the challenge of the remodel but simply because you can’t afford that much house in any other way. Sure, fixer-uppers offer the tantalizing prospect of more house for less money—but down-to-earth budgeting for big repairs such as a new roof, a cracked foundation, or all-new floors will produce a realistic bottom line. Sometimes less house (but good house) is the call that yields a lot more restful nights!

Finally, buying a house that seems like a fixer-upper—but would more accurately be called bulldozer fodder—is actually pretty easy to avoid. If your home inspector tells you about critical issues with a home’s bones (foundation, roof), infestations, or dangerous wiring issues, it’s most likely one of those.

Have faith: your home is out there! Remodels can be (in fact, often are) great investments. With a clear vision and a savvy team, you could be one renovation away from your dream home. Give me a call to check out the best of today’s central Indiana prospects.

Show All Comments
Chris Phillips
The Forney Group - Indianapolis, IN

Great post Rodney, your "Bad House, Bad Budget" really applies in our market. Homeownership is already a big responsibility for first time homes buyers but those tv shows make it look so easy to fix up a home and get instant equity. 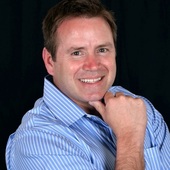