I came across this story and thought it was an interesting "fun" piece to share. The Chinese are world-famous for fakes, but this time they've outdone themselves.

With its English-sounding name and an aesthetic defined by wooden row houses, stone cathedrals and intricately-planned gardens, you might expect Thames Town to be in, well, England. But this quaint, seemingly medieval settlement is located almost as far away from London as you can get – and there's nothing authentically English about it.

Commissioned by the Chinese government, Thames Town sits in the outskirts of Shanghai, one of several "themed" developments the country has invested in as it attempts to Westernize. Although Thames Town is as fake as the handbags you'll find for sale in a Chinese street market, it's so elaborately done that even an Englishman could be fooled.

During the tenth five-year plan of the Chinese government, which ran from 2001-2005, the Shanghai Planning Commission decided to implement a so-called "Nine Towns" plan, which would see the construction of nine villages, each themed to a different European culture, around the periphery of Shanghai.

To complement other spurious settlements, which include Scandinavian, Italian and Dutch ones, the commission decided to build Thames Town in Songjiang New Town, which is located approximately 20 miles outside of Shanghai. Its convenient location quickly should've made it a popular day-trip destination, but didn't – more on that in a minute. To search an entire database of homes for sale in real-time with photos, descriptions, and community information, please visit my website: www.premiermarylandhomes.com 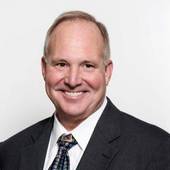