Last week’s economic reports contained mixed reports indicating that the economy continues to recover with occasional “blips” in its progress. Construction spending was lower than expected.

A Federal Reserve survey of senior loan officers indicated that credit standards remain strict for mortgages and other types of lending. According to the survey, a “modest net fraction” of large banks had eased credit standards for prime mortgage lending.

The National Association of REALTORS® (NAR) reported that first-time buyers’ share of home purchases has slipped to 33 percent, which was its lowest level in 27 years. According to Lawrence Yun, chief economist for the NAR, high home prices and mortgage insurance costs along with strict mortgage credit requirements continue to sideline first-time buyers.

This is not altogether bad news, as higher mortgage rates are typically prompted by improving economic conditions. 2014 started with an average rate for 30-year fixed rate mortgages of 4.05 percent.

Last week’s economic news included several reports that indicated improvements in U.S. labor markets. The Department of Labor released its Non-Farm Payrolls report for October with a reading of 214,000 jobs added against expectations of 243,000 jobs added and September’s reading of 256,000 jobs added. While this appears contrary to stronger labor markets, analysts said that a new low in the national unemployment rate of 5.80 percent indicated that fewer new jobs were needed. October was the ninth consecutive month reporting 200,000 or more jobs added.

Weekly jobless claims fell to 278,000 against expectations of 285,000 new jobless claims filed and the prior week’s reading of 288,000 new claims filed. This reading supports a stronger jobs market and may compel would-be home buyers to enter the market as concerns about unemployment and jobs wanes.

The national unemployment rate reached a new low with October’s reading of 5.80 percent. In related news, Fed Chair Janet Yellen indicated in a speech on Friday that the target Federal funds rate will likely rise in 2015, but she gave neither a prospective date nor details about how much the benchmark federal funds rate may rise.

Please stay tuned for additional updates as we progress this week and remember the Mark Taylor Team is ready to answer all of you mortgage questions.  You can reach us at 602.361.0707 or by email at taylorteam@amerifirst.us

Thanks for taking the tme to read, comment, and re-post todays blog on:

Another great post ! Thank you for sharing this terrific entry. Have a fine day. 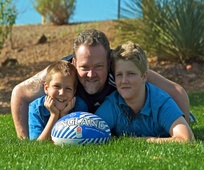