Located minutes east of Downtown Atlanta, and bordering Inman Park, Druid Hills, Little Five Points, Edgewood and Lake Claire is the wonderful neighborhood of Candler Park.  A main draw for living in Candler Park is its 55-acre park named for Coca-Cola magnate Asa Griggs Candler who donated the land in 1922. The park features an impressive playground, swimming pool, tennis courts, and athletic fields as well as a nine-hole golf cou

rse. Each year Candler Park is also the location for a variety of festivals including the popular Fall Fest–attended by more than 10,000 people because of its music, art, children’s activities, tour of homes and more–and the Candler Park Music & Food Festival, which features a full day of music and one of Atlanta’s largest gathering of local food trucks.

From its own business district and close proximity to the great shops, bars and restaurants of Little Five Points and the new Edgewood Retail district, Candler Park is a highly-walkable area focused on community and easy living. With its own MARTA train station, making it easy to access Hartsfield International Airport, downtown, Decatur, Midtown, Buckhead, and most Metro Atlanta suburbs, Candler Park is a highly desirable Intown Atlanta neighborhood.

The homes in Candler Park feature two basic architectural styles, 1920s Craftsman bungalows and late- Victorian. Most have already been renovated by existing residents or new families moving into the area. With Candler Park being one of the hottest Intown Atlanta real estate markets to buy a home, prices continue to rise steadily.

When you are looking for a single family home, townhouse, condo, or investment property in the Candler Park real estate market: call (404)889-4275 or email:drewjackson@kw.com. I'm committed to helping you find the perfect property to meet all your living goals, needs and desires.

Thank you Drew for the information on Candel Park.  I wish you well selling the area. 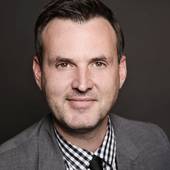