If you are a Realtor and haven't seen one of the videos by now, you might be hiding under a rock, but the rest of you know that aerial video for real estate is all the rage now (especially in expensive markets).

The question is, "Is it legal"?

The Federal Aviation Administration (FAA) says a resounding NO!

In a nutshell, the link above (and corresponding documentation) says that the FAA says you can fly a "Drone" as a hobbyist as long as you are:

It's no wonder that 100's (if not 1000's) of Realtors have either bought their own, or hired someone to shoot aerial real estate footage for them.

What's happened lately could be a game changer as in this article:

If you choose to do aerial video, PLEASE don't be a complete idiot like:

These idiots -- Cool footage, of course!  BUT these Morons put 100's of people in danger flying over people, busy intersections, and buildings.  It's people like this that will kill someone some day, and make flying drones illegal for everyone.

There are 100's of videos on YouTube depicting unsafe flying.  I'm surprised someone already hasn't been killed.  Then there is the whole privacy issue.  That's a whole 'nother blog post.  My position is that bad people are going to do bad things regardless of what the law is.  A law prohibiting drone use will just make it illegal for law abiding citizens and do nothing to dissuade perverts and terrorists.

Oh, and about that word, DRONE.  Here's a take on that, "Quit calling them drones"

As for me, I have never charged anyone for aerial video, but here's one i shot at the beach totally as a hobbyist.  It shows what's possible with aerial video (best if viewed in HD):

----- ©2014 - AVTmarketing.com - All Rights Reserved. AVT Marketing is Charlotte's Premier Real Estate Video Virtual Tour and Photography Provider for Realtors, and other businesses looking to add compelling photography and/or video to their website or blog. We also develop and design websites

Steve, it will be interesting as more drones are used in real estate, how laws will be implemented moving forward. 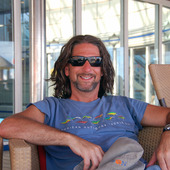 My blog's purpose is to educate and raise awareness about the power of full motion video as a means to sell real estate. It's also a wonderful place to showcase my Realtor Client's Listings. Beyond that, I have many interests including real estate, photography, Social Media, the Economy, the Stock Market, SEO, online marketing, music, ActiveRain, and many other interests and may blog about them when something interesting hits me.