Farnam Street in the Blackstone District Neighborhood of Midtown Omaha NE has been converted from a one-way street westbound, to a two-way traffic street.  This change was effective last Sunday evening, November 9th, from 36th Street to 42nd Street.

According to City Councilman Chris Jerram and real estate developer Jay Lund, this new traffic change will help restore a business friendly environment to the area which had been in decline for half a century.  The Blackstone neighborhood in Omaha has undergone significant redevelopment, especially at the intersection of 40th and Dodge.  Buildings have been restored, new buildings and businesses are now open, crosswalks and new stoplights are now functioning along Farnam Street.

Homes for sale near Blackstone District neighborhood in Omaha, NE

Condos for sale near Blackstone District neighborhood in Omaha, NE

You should check out the fantastic new changes to the neighborhood!  Stop by for coffee at Archetype Coffee, have a meal at Mula, or grab a drink at the new location of the longtime neighborhood bar Sullivan's, plus many more local businesses and shops.  The Blackstone neighborhood is located to the west of Midtown Crossing, and just to the east of the University of Nebraska Medical Center.  The new two-way street will make it much easier for you to drive east to reach the business district, and increases the bikeability and walkability of the midtown area. Sounds like Farnam street has gone through a great renovation. Sounds like a great place to live!

I think your reporting on how the city council makes decisions is important, many people may not have noticed or did not research this the way you did.

Interested in Omaha? The Professional Realtor I recommend is Christi Hacker

Commercial venues on a one way street are not always ideal locations to conduct business. Allowing for two way traffic is probably for the better. Being aware of these changes and offering it to your clients IS good business.

What a nice way to spotlight the Blackstone neighborhood and the Farnam Street changes. This should help the local businesses in the area...

I really like how you have presented your neighborhood wriiteup of Blackstone  and decsription and wove in local merchants to visit. Good post and excellent idea for a format. 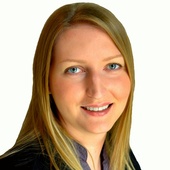