Scotch Plains is a family oriented community has many parks including a park in the Watchung Mountains, a country club, two golf courses and an amusement park.

Public school students in Scotch Plains attend the schools of the Scotch Plains-Fanwood Regional School District, which serves students in pre-Kindergarten through twelfth grade from the Borough of Fanwood and the Township of Scotch Plains.

Scotch Plains residents enjoy train service from NJ Transit from the Fanwood station. Newark International Airport is 14 miles away. Route 22 passes through Scotch Plains offering easy access to many destinations. Interstate I 78 and the Garden State Parkway are just minutes away.

Scotch Plains includes the following housing developments: Stirling Chase, Berwyck Chase, Crestwood, Canterbury and Goodman's Crossing. Real Estate in these and other areas of Scotch Plains features diverse home styles and price ranges. Estate-caliber properties in the million-dollar-plus range, newly constructed custom Colonials, spacious ranch and split level homes, as well as townhomes and condominiums. When Business Week magazine compiled its list of the best affordable suburbs in the United States in 2009, Scotch Plains was top pick in New Jersey. And in 2014 the security organization Safewise ranked Scotch Plains #33 among the 50 safest cities in New Jersey.

This web page provides all the current real estate listings as a public service for home buyers, sellers and residents of many North/Central NJ towns.

Another fine post and great information. Have a terrific weekend.

Thank you, glad you liked it. I am working on every town that we handle. 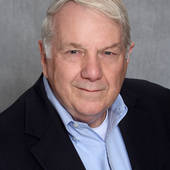