Over the past few months Mel Watt, Fed Housing Finance Agency Director, struck what many consider to be a conciliatory tone as he dealt out information, notices, and other information to mortgage lenders. He sought input regarding housing policy as well as buyback rules for loans in order to be presumably more favorable within the mortgage and housing industry. Watt's recent actions are juxtaposed against those of Ed DeMarco, former FHFA acting director. In contrast, DeMarco helped Freddie and Fannie return their operations to profitability; however antagonized lenders as he held completely firm on demands involved with buybacks.

These latest developments send clear signals regarding the administration. Just 6 years past beyond financial crisis, the administration appears to have concluded bankers' input and help are necessary at this point to jump-start recovery into something more than a bland tepid recovery.

Jim MacLeod is president and COO of Coastal States Bank in South Caroline and he maintains this as a win-win, stating that "Things need to be done to open access to credit and create more of a partnership, instead of the adversarial relationship of the last six years."

So what does this signal for the American foreclosure industry? Well, for starters, the technology of foreclosure landscape in real estate has changed dramatically lately. With new regulations that have forced changes within the lending industry, mortgage companies are rushing to hand over certain activities and types of servicing to mortgage services who do not fall under the same type of regulations that they, the lenders, fall under. Because of predatory lending, poor performance, and recent fines and settlements which were reached between the federal government and the major lenders like Bank of America, America is shy to allow them the same type of power they once held.

MacLeod holds the status of being one among a dozen lenders and bankers who attended an October 15 White House meeting, present being 25 officials and government regulators. Discussions between MacLeod and Watt have been aimed to loosening rules regarding mortgage buyback. By the year 2012, mortgage lenders were forced into a position where they repurchased more than $125 billion worth of mortgages.

What does this mean for the average American who is facing foreclosure in America? Well, for one thing, due to the current heating up of many regional real estate markets across the country, you can expect more aggressive foreclosure to some extent. For those homeowners who do not hire a bankruptcy attorney to stop foreclosure, they will need to be careful as they approach their legal and financial options such as modifications of their mortgage agreements, short-sales, and deed-in-lie options. What of the new regulator community? How does this affect a homeowner's options? For most borrowers nothing will change, but as an industry, we should begin to see a heating up among certain markets which held "zombie foreclosures."

After more than 30 years in this country, it is possible that we have gotten a handle on lending crises. In the 1980's we had savings & loan scandals and in the 1990's we had Rust Belt defaults at massive scale, and McCue now maintains that lenders as well as GSEs finally may be able to return to what insiders consider traditional industry mortgage underwriting. This includes assessing property value and assets as well as employment history for a borrowers situation in order to come up with what is considered fair and accurate representations of how a particular prospective borrower manages their own budget and finances in order to make a good determination of whether that are likely to be successful in repayment of their mortgage obligations.

Time will tell if the changes are truly good for consumers or if they are just changes.  Hopefully, lending will become based upon the ability of buyers to repay the loan based upon real life. 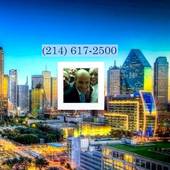