Short Sale Forgiven Debt Passes Congress for 2014......read below about this great information provided by

Any Stats are on Resale Single Family homes only per the GLVAR MLS as of this writing or as noted,covers the Las Vegas Valley, North Las Vegas, Henderson area or as noted.

protected by U.S. Copyright laws and are not allowed to be downloaded or reproduced in any

way without written permission of Dawn Barrier.If you would like permission to use a photo

please email Dawn     Important Notice -This is a personal blog.

In a long expected vote by the House of Representatives, HR 5771 was passed today just after 3 pm ET.  HR 5771 in section 102 provides for the extension of the presently expired Mortgage Debt Forgiveness Act, which expired at the stroke of midnight December 31, 2013.  The law is now extended though December 31, 2014.  Efforts to have the extension for 2 years failed.  Interestingly the bill, introduced just days ago, was given a 10% chance of passage on Monday by Govtrack.US website.

Senate update December 16th -  The Senate approved this bill and it is now on its way to the President for signature!

SENATE UPDATE 12/12/14 -  Senate Majority Whip Richard Durbin, D-Ill., said today that the bill was being held to last because of disagreement over both “substance and timing.” However, Senate Finance Chairman Ron Wyden, D-Ore., said the Senate had no other practical option. “It's very hard to see a procedural path toward something else,” he told reporters.

Those who received forgiven debt in a short sale or deed in lieu of foreclosure or other forgiveness of debt on a primary residence in 2014 will now in most cases have no income tax to pay on that gain.

“Today the House acted to prevent burdensome tax increases on millions of families and businesses across America.  This piece of legislation provides much needed certainty to taxpayers as they prepare to file their 2014 tax returns and eliminates provisions in the tax code that no longer serve a purpose. I applaud the passage of this bill and look forward to continuing to work toward a simple, competitive tax code.”

Senate approval appears to be a sure thing as the matter passed with only 46 nays distributed about evenly between democrats and republicans.

This is huge for a large number of distressed homeowners that lost their homes to short sales and deed in lieu of foreclosure in 2014.

There will be a lot of happy folks as a result of this. Thanks for sharing. 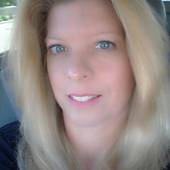