The 2014 crop of outstanding new restaurants may not have been as plentiful as those in years past. But the ones that made the top-10 cut all cleared a high bar. And their culinary range was remarkable, from exquisite fine dining to down-home barbecue, from steak to Mexican-Asian fusion.

What an opportunity for buyers in your area. Thanks for sharing with us in AR Land. 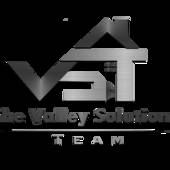