I thought it might be a good idea to talk about some good local golf clubs and courses in Central and Northern Palm Beach County this week. I’m coming off a new personal best round of golf this last week and the Web.com Qualifying School Final Round is being played here this week at PGA National Resort and Spa and it is the golf season in our area.

With 5 courses PGA National is a great golf destination and a great club to join if you are looking for one. The Champion course is host for the annual Honda Classic around the end of February during the PGA Tour’s Florida swing and has some holes that consistently rank as the toughest test on tour. I had the opportunity to play the Champion course this year in a golf scramble and it was a lot of fun to play the same course the tour pros were playing a few months earlier. I played the Palmer course earlier in the week with another real estate agent and a couple members. The course was in great condition and the greens were rolling fast. You might need an accounting degree to keep up with the myriad of games we were playing within the game. I think I scored in the 90’s and I had no idea what was going on, but at the end of the round I didn’t own anybody any money, so I’m guessing my team won. The amenities are fantastic there with several great restaurants, the pool, club, and resort, so it’s a nice social atmosphere. If you looking for just pure golf it might be a little too much going on for you as there is some crossover sharing of the facilities with the hotel and resort.

My best round ever came later on that week. A legit 5 over par 77 from the blue tees at West Palm Beach GC. No mulligan’s or kick outs or improved lies. There’s no water on the whole course, so you would think that it’s a shoe in that you would score low, but I somehow still seem to manage shooting in the 90’s there. My previous personal bests, all shot this year, were an 80 up at Orange County National Panther Lake course. A 79 at the Bear Lakes Country Club Lakes course and a 78 at the Bear Lakes CC Links course, where I had a summer membership this year. All in that order as well, so it’s nice to see my golf game has made some incremental improvements. I still managed to sprinkle in my several rounds of high 80’s and 90’s this year. My previous best before that 80 was an 86 over 10 years ago.

Until about a year and a half ago, I only played golf a couple times a year at best and was playing with my grandfathers 20 year old clubs at one time. A friend invited me on a golf weekend over to the Naples, FL area where we played 5 rounds in 3 days and I caught the golf bug. I had decided it was time to upgrade the clubs and my gear before we went. Amazing what the new technology will do. Just doing that added 20 yards to my irons! If you’re playing with clubs more than 10 years old and looking for more distance it might be time to upgrade the equipment. The summer membership at Bear Lakes CC is what really helped my game improve though.  Every morning they host a men’s game, so there is always a game and someone to play with. The other member’s were all good company. The facilities are great there too with a full driving range, a couple chipping and putting areas, and 2 courses that offer a completely different challenge. The Lakes is a great traditional Florida course and then playing a links style course in our area on the properly named Links course is just a lot of fun.

The Bear Lakes Country Club is located in West Palm Beach, Florida and is probably the best private club in Central Palm Beach County not located within a private community. If you want more information on the membership at Bear Lakes the membership director is Mike Weeks and he can be reached at 561-644-9997 or mweeks@bearlakes.org .

PGA National Resort is incorporated into the PGA National community in Palm Beach Gardens, Florida, but you don’t have to own a house to be a member or if you are looking to buy a house in PGA National it’s not a mandatory requirement for you to join the club. The membership director at PGA National is Dana Weber and she can be reached at 561-627-1800 x 5505 or Dana.Weber@pgaresort.com . There are plenty of other nice public courses in Jupiter and North Palm Beach for that every so often round, but if you are serious about playing a lot of golf and having the social opportunities as well then these two clubs are definitely worth checking out.

If you would like an introduction to either Mike or Dana feel free to reach out to me at 561-667-4171 or by email at Joby@harvestrealtygroup.com and we might even be able to get out for a round J 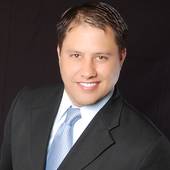