One of the great advantages of Vegas is the food. Every community has their own hidden gem food spot. Here is a list of some of my favorites in and around 89052. Best Burger: Red Robin - Galleria Mall 1300 West Sunset Rd - Rumor has it that the cheef used to work at one of the fancy hotels on the strip. "Jeff Ehlert is the real estate agent for you! Jeff is an expert in Foreclosure sales, Trustee, Probate and several other facets of real estate including Commercial Sales and Property Management"

As I Real Estate Agent I recognize that importance of knowing all the details about the neighborhoods that I represent. I want my clients to understand that by working with me, your not getting, Just a Real Estate agent, but a true community expert.

Hey @Jeff Ehlert I am coming to Vegas soon and will have to check some of these places out!

I think the Red Robin buger is good at every Red Robin location, Jeff.  I love the fried egg in it.

Raymond your Probally right, yet I can't help but feeling as if there should be a better burger in town than a chain Resturant

Not a casino gambler, but one thing I like in Vegas is the great food from the high end buffets to Joel Robuchon. I'll be back there soon! 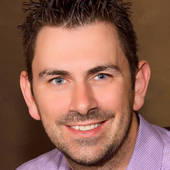