The Return of the Housing Market in Northern Colorado

After the terrorist attacks on the World Trade Center in 2001, the already weakened economy was damaged even further. This caused the Central Banking system to further reduce the federal funds rate to nearly 1% to expand the money supply and encourage borrowing. In 2002 the economy began to expand. Capitalizing on the lower rates and lowering the requirements to receive a loan, lenders started underwriting loans to borrowers that were much greater credit risks. Combining this with the creation of subprime mortgage back securities (MBS’s) and collateralized debt obligations (CDO’s) created a much larger risk in the market place than was really understood at the time. With the freed up capital of the lenders from passing along the risk of these debt instruments to a secondary market, these lenders began to issue very appealing Adjustable Rate Mortgages (ARM’s) to borrowers with a loan to value (LTV) ratio of sometimes 125%. Given the boom in the real estate market that was going on, lenders would have the extended loan covered in less than 2 years. What was not considered by most borrowers was that these enticing ARM’s could only be refinanced if the actual value was found in the property.

Beginning in 2006, the markets began to run flat with median home prices halting and new home sales stalling. With borrowers unable to refinance their ARM’s and stay in their homes, massive foreclosures were on the horizon. Reaching its culmination in 2009, foreclosures began to occur at an unprecedented pace, now the original lender no longer had a stake in the loan so there was no longer anyone actually trying to keep the borrowers in their homes. After the interest rates began to shoot up and the defaults on home mortgages began to increase, investors decided to cut their losses and foreclose on the properties. Investors started to lose large amounts of money and banks began going bankrupt by the droves. With no more investors seeking these CDO’s and MBS’s many banks had to close down their operations because this had become the main sources of their funding (Barnes N.D.). Understanding the history of the recent Real Estate crisis will allow us to paint a better picture of the housing economy in the United States.

To give a little background on the over loosening of regulations we can go back to 1992 when Congress enacted the “Affordable Housing Goals”. These goals required that Fannie Mae (FNMA) and Freddie Mac (FHMLC) increase the number of subprime mortgages that they had to buy from the FHA. This in turn creates a secondary market for these mortgages which lead to CDO’s and MBS’s. In 1992, at least 30% of these subprime loans purchased by FNMA and FHMLC had to be from borrowers that were at or below median income where they lived; in 1995, that number was 42%, 2000 it was 50%, and in 2007 they had to purchase 55% of these subprime loans (Wallison, 2011). By 2008, 27 million, or half of all mortgages in the U.S. were subprime or risky mortgages. This led to a huge deterioration in underwriting practices to meet the goals of affordable housing. To show the impact, in 1990, approximately 1 in 200 loans had a down payment of 3% or less, in 2007, it was 1 in less than 3. It was the U.S. government’s housing policy that created the insolvency of FNMA and FHMLC which was one of the primary causes of the subprime mortgage crisis (Wallison, 2011).

Forwarding to the wake of the crisis (all of the realized losses from investors and bankers), lending institutions began to sit on their capital and people found it very difficult to qualify for a loan, even with reasonably good credit scores and history. After all of the foreclosures, even the FHA (Federal Housing Administration, which is a government agency that insures loans) found themselves in the red and needed a 1.7 billion dollar taxpayer bailout (Cornett, 2014). Learning from their mistakes both lending institutions and the government agencies that insure the loans have tightened up their qualifications. To insure that the FHA doesn’t bankrupt itself again, higher credit scores are now required, they have lowered the amount that can be borrowed (recently raising it again modestly), and loans are scrutinized more than ever before during the underwriting process. Banks as well are far more reserved with their lending practices. During the height of economic stimulation after the 2001 attacks, loans were being given to nearly anyone that applied and could come up with the down payment.

Lending institutions are now beginning to ‘loosen up’ a little, but the requirements are much more stringent than they were before. Often times, lenders now require an LTV of 75-80% to qualify for a loan, which means a 20-25% down payment required (although it is possible to get a higher LTV in certain situations). The underwriting process has also undergone many changes within these institutions and loans are scrutinized and evaluated at much more detailed levels. Loans are now being paid on time and homeowners are much better at being caught up on their payments than they were at the height of the crisis. This shows that money is being injected into the housing markets again by private and public institutions, with a much more cautious and risk adverse approach.

Housing starts are a leading indicator of economic recovery. A housing start is when a builder has actually begun work on an unimproved property by laying its foundation. Factors that are closely watched by builders are job reports, material costs, median home sales, and number of current home sales along with current inventory levels; these are evaluated before most see a possibility of profit and are willing to get ‘back in the game’.  This shows that there is a demand for housing and that it is feasible to make a profit, thus create a supply. Housing starts in Northern Colorado have increased dramatically since 2009, year over year. In the Midwest region (including Colorado) there were a total of 149,600 starts compared to only 97,100 starts in 2009, a 154% increase in regional starts. The Midwest region has also seen an 8.2% increase in registered permits in September of this year (year over year).

Foreclosures are also almost non-existent in Colorado compared to 2007-2010. Year over year, new foreclosures had dropped in May of 2014 31% from 2013. This has been the lowest foreclosure level recorded during May in any year since the Division of Housing began collecting monthly totals in 2007 (McMaken, 2014). Colorado foreclosures have been on a steady decline with less than 500 through April of this year.

It doesn’t take much to see all of the building that is happening everywhere in Northern Colorado and across much of the nation. To put it in a little better perspective, new home sales in 2008 were at 166 for Larimer County compared to 2013, where they were at 1042, an increase of 628%.  In Fort Collins alone, average ‘Days on Market’ (DOM) in 2008 was 106 days vs. only 76 DOM in October of 2014. Median Sales price in October of 2008 was $260,355 with sellers getting 97% of their list price vs. $325,752 in October of 2014 with sellers getting over 99% of their asking price. That is over a 25% return in 6 years and the number of homes sold increased over 60% from the same time period. Home values in Larimer County have steadily been increasing since 2009 although the numbers of home sales have been slowing down year over year from 2012 (City-Data, N.D.). Due to better oversight and regulation of the financial markets with the Dodd-Frank Act, this will lead to a more solid and truthful growth of the housing market in Northern Colorado and across the nation.

The availability of jobs in Northern Colorado has been increasing with the recovery of the economy. In January of 2010 Larimer county’s unemployment topped out at 8.4%, by 2012 it had dropped to 5.9%(US Dept of Labor, 2014) and was 3.8% in December, down from 4.8% in August. These are the lowest unemployment levels since 2007. Quoting Alexandra Hall, director of labor market information for the Colorado Department of Labor & Employment, “There is nothing I can see that would either lead me to think the trend (in unemployment rate) might reverse or stop its downward move.” She goes on to say, “We are seeing widespread growth in Colorado across all industries … including Larimer and Weld counties” (Ferrier, 2014). With the increase in construction and oil and gas exploration, many more jobs will continually be added to the Northern Colorado area.

There are also many high paying specialized jobs in the area providing high median family incomes, even though there haven’t been increases in incomes over the past 2 years. With the reduction of specialized workers, employers are starting to feel the squeeze for highly trained employees and need to bring in more people from out of the area. Larimer County’s median income is at $75,800 for fiscal year 2013, which is $3,700 above Colorado’s average and $11,400 above the national average. The Oil and Gas industry, Construction, and the technology industry are huge driving proponents to the well being of Northern Colorado’s economy. With the housing boom and corporate growth in Larimer County the area is continuing to expand with large amounts of money coming into the area. This is also making it very difficult to provide affordable housing in certain areas of Northern Colorado. There have been many apartment buildings going up as well to try and help alleviate the affordable housing issue. This is because there is such a large demand in Northern Colorado and this is due to the steadily increasing demand for housing that we were still seeing during the downturn, but homes weren’t being built because it wasn’t profitable. Builders now are trying to catch up on years of demand vs. easing into building as demand normally increases. The demand has gotten so high that almost every home that sells has a positive impact on property values in the neighborhoods.

In conclusion, with a steady decrease in unemployment, increases in issued building permits and new home starts, home values on the rise, and a tightening of financing regulations, Northern Colorado is poised for a very strong return. The indicators of a ‘bubble’ just really aren’t there and it appears that the ‘bubble’ deflated as much as it could during the recession. Northern Colorado wasn’t hit as hard as many other parts of the United States because there is a solid foundation and a robust economy that makes up the region. We are beginning to see an easing of demand as more supply hits the market causing a slight slowing of home value increases. This easing of supply can also be attributed to the cyclical nature of Real Estate which is that the volume generally drops off as we move into the winter months. Also, with investors being more risk adverse and their leeriness of CDO’s and MBS’s, we should be in the clear of speculative derivative issues associated with the Real Estate market (at least for the time being).

Wallison, P. (2011). The True Story of the Financial Crisis. Retrieved November 3, 2014, from http://spectator.org/articles/37680/true-story-financial-crisis

McMaken, R. (2014). Colorado foreclosure filings down 31 percent in May. Retrieved November 26, 2014, from http://www.divisionofhousing.com/ 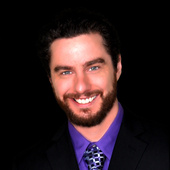 Home Selling over 7 years ago
bookmark_border
6 Great tips to get your home sold for the most $$ ...
View more Recent Posts   arrow_forwards