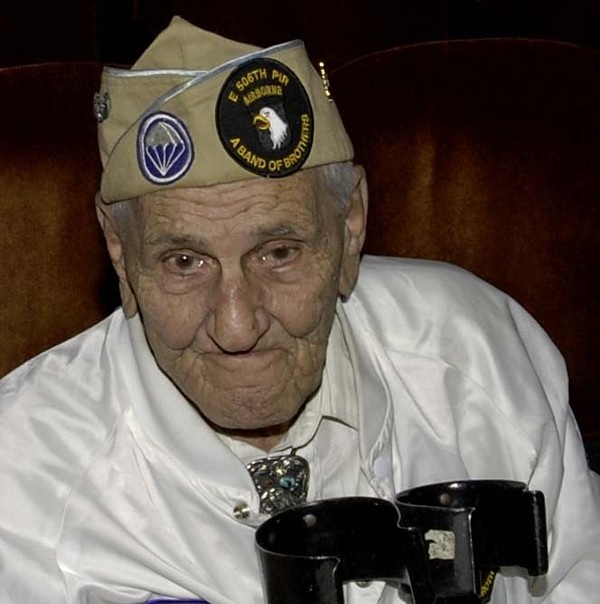 A Terrific News Story about a realtor who stepped up and did something that makes all of us in real estate beam with pride.Wild Bill's house

Jim Bennett of Stonehedge Funding in Philadelphia and his realtor/colleague Linda Tosto were in South Philadelphia looking at a cheap row house to buy and flip. They found an estate that had just hit the market. Bennett was looking around at the two purple hearts and other medals. Then he teared up. "Lin, this is Wild Bill's house." Wild Bill Guamere's story became famous in the HBO series "Band of Brothers." As a very young soldier in WW2, Guamere was a rabid fighter and a true patriot. He risked his life several times and eventually lost his right leg fighting heroically in Europe. Click the link for the story. Bennett was very moved. He bought the house to create a low priced rental for a disabled vet. Tosto gave her $2000 commission to a fund that Bennett set up to get a statue as a memorial for Wild Bill. Kuddos to Bennett and Tosto. I'm really proud of you!

Zeta: This is an inspiring and true story of professionals giving back to their communities to celebrate the sacrifice of a true patriot. Thanks for sharing!

Philadelphia real estate agent who helps buyers and sellers enjoy the benefits of better building performance. Energy efficient buildings sell for more money. They are more comfortable and healthy to live in. They save you money on your energy bills every month.