Stop me if you've heard this before. Is it time to refinance your mortgage? Okay, just kidding. Don't stop me. Keep reading. Mortgage rates have been so low for so long that borrowers who could have refinanced likely already have. Still others couldn't refinance because there wasn't enough equity in their homes. Or, some were just waiting for rates to move down just a little. bit. more.

For those perennial procrastinators, it just might be that time.

According to Freddie Mac's weekly mortgage survey, the 30 year fixed rate dipped below 4.00% for the first time since the summer of 2013. Not by much, as the average fell to 3.92% as of the October 23 report and has since popped up to 4.01%. Understand, that's a national average, and you can likely find slightly better rates with a few phone calls, but that's still very low. And for those who are waiting to squeeze out another .25%, it's best to be prudent and lock instead of playing the waiting game. Again.

Who should refinance right now? If you have a loan that's about five years old, your 30 year rate is somewhere in the low 5.00% range. If your loan was funded in 2008, a scant six years ago, rates then were mostly above 6.00%. In either case, exploring a refinance is a good idea. But don't just look at the rate, there's more to it.

The interest rate is just one component when considering a refinance. If refinancing because you can lower your monthly payment, think of the closing costs involved before you get too far into the process. Let's say you got a 30 year fixed rate mortgage back in June of 2009 at 5.25% on a loan of $250,000. The principal and interest payment is $1,380. After about five and half years, the loan has amortized down to $228,113 after having paid a tad over $70,000 in tax deductible interest.

Your loan officer can offer various rate and fee combinations to offset some or all of the closing costs associated when refinancing, but the "payback time" analysis works the same.

So, this is a good deal, right? Lowering a monthly payment by $230?

This may not be your best move. Yes, increasing cash flow is a positive but you're forgetting something. To the tune of $70,000. Refinancing from a 30 year loan to another 30 year after having paid into a mortgage for five+ years? You've just extended the loan you already had for another 30. In effect, you now have a 35 year loan.

That's a tradeoff and something loan officers may not always express. Lowering your monthly payment always sounds good but reamortizing the loan over 30 years might not be your best financial decision. However, trade the 30 year note with a 25 year loan. The rate is typically the same as a 30 year term but you're not extending the loan. With a 4.00% rate, a 25 year note on $233,113 the principal and interest payment is $1,230. That still saves $112 per month and you're still saving more interest over the long haul.

Shorter loan terms have higher monthly payments but the amount of interest paid is lower and equity is gained at a quicker pace. That means it can make sense to refinance today for the sole reason to shorten the loan term and spend less on interest.

Lower rates are a key factor when refinancing but don't get too caught up in the weeds. There's more to it than lowering the monthly payment. Carefully consider the term of the loan just as much as the rate. A refinance isn't something you should be talked into. The math will be your impartial guide. 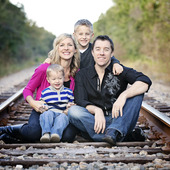