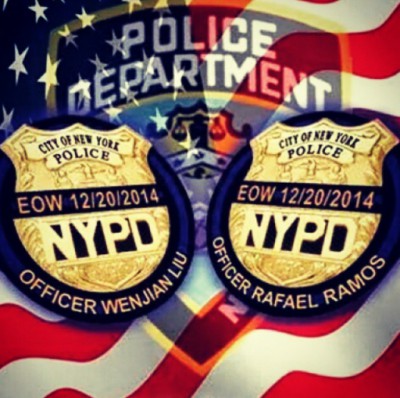 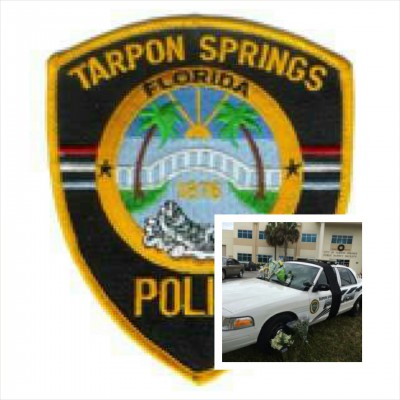 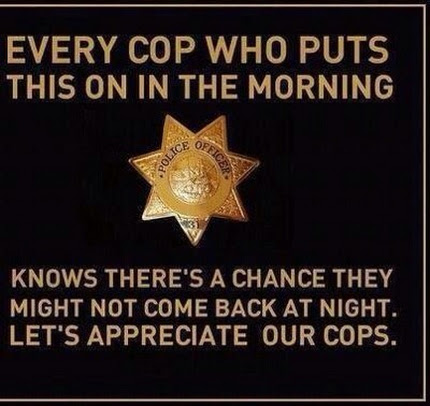 This is a post a ton of folks would likely advise me not to write.  Don't get all "political", some would say.  Don't go all nuts and get a bunch of folks mad, others may opine.

"Heck!" and "Dang!" only go so far- so I'll have to borrow some pseudo-swear words in addressing the Rev. Al Sharpton and all of the other race hustlers of his ilk.  ^%$#&^@ you, Al Sharpton!  Despite the image you try to project, the blood of at least 2 cops is on your hands.  Some "protests" under your name have been peaceful, yet some have clearly not been.

When marchers and "protesters" who are either directly under your National Action Network or simply sympathetic to your cause and easily duped by your wicked message yell and chant "What do we want?  Dead cops!  When do we want 'em?  Now!" , you can't feign ignorance or be surprised when events lead to a few dead cops.

You don't have the right or the luxury, you race-hustling, hate-mongering dirtbag.

I was going about my daily life yesterday, and checked some news on my phone as a friend of mine did some shopping.  Two NYPD cops shot in their cars  "Lord, please let them pull through".  One NYPD officer shot earlier today has died.  "Happy, Al Sharpton?  Are you?  Lord, please be with the family of the one who died- and please keep working to pull the other one out of it and let him be OK".

News this morning was no better- heralding word of another fallen hero who was a member of the Tarpon Springs Police Department in Pinellas County.  Another officer who has left this world for a much better place.  Much too soon in our wordly minds- but altogether punctual according to God's plan- this public servant patrolling the streets to keep the community safe was gunned down by yet another low-life scumbag.

Ever since Al Sharpton and his crew of roving thugs began their first round of protests and disruptions, the cry from many in the black community has been that "white folks just don't understand".  Guess what?  Speaking for myself and myself alone, they're absolutely correct.

I don't understand how folks find virtue in "marching" (walking, for the most part) in support of a thug like Michael Brown- who lived a thug life and died a thug's death.  A grand jury spent a lot of time painstakingly reviewing evidence and discrediting untruthful witnesses- and the fact that many don't like the facts of the case render them no less true.  After committing a robbery, Brown figured he was entitled to some sort of grace when he elected to disobey (and subsequently confront) Officer Darren Wilson.  As we all know, he figured wrong.  He got what he deserved, and left behind a grieving family to forever suffer the consequences of his actions.

Eric Garner would likely gather more sympathy if he wasn't in the process of being arrested for the 31st time when he passed away.  Whether "fair" or unfair, that's just the way it is.  I'll defer my opinion of the events overall to those of both his wife and widow- and if they see no racial aspect of the events leading to Garner's demise, I'll assume likewise.

Neither the circumstances of Michael Brown's death nor those surrounding Eric Garner's should be interpreted as affording cowardly thugs of any sort special privileges or licenses to kill.  Al Sharpton and any members of his entourage of admirers should be put on notice: inciting violence is a crime, and they should be held accountable and punished to the fullest extent of the law should clear links be established between his calls for action and the deaths of any police officers.  Our president enjoys saying "elections have consequences" (aside from ones where his party gets historically stomped, that is)- but words have consequences, too.

Godspeed to each of these three fallen heroes.  My prayer is that both in the hearts of the public and their families, they will forever be remembered for how they lived rather than for how they died.  And may the news of their succumbing to wounds suffered at the hands of thugs garner as much attention and air time from our liberal Left-leaning mainstream media as they've devoted to unnecessary coverage of those marching to support the thugs among us.

It's a sad #$#/^& thing that our recent scoreboard shows Dead Heroes 3, Dead Martyred Criminals 2.  I proffer a friendly challenge to all: thank 3 cops this week.  I can guarantee you they'd appreciate it- and I can guarantee we'll never be able to adequately thank our law enforcement personnel for the work they do every day.

We're able to go about our daily lives with less cares and worries as we rest in the knowledge that our heroes are on the job.  May we forever be grateful both to those (and for those) who choose to run toward what the rest of us would likely run away from.

Dennis,  a nice read by which your blogs have been an asset to all of us active Rainers.

It sure would be a great day when Obama, Sharpton, Jackson, etc. would stand up and instead of pandering to their base would tell these people to stop commiting crimes, stop being reckless, and stop being thugs.  This cop assassination thing is the straw that broke the camel's back for a lot of us.