Hard to believe it's been nearly 6 years since I wrote my first blog about Ocwen Financial (Ocwen Bank Outsourcing Realtors to India). Back in those days we were actively engaged in a fight against real estate fraud, the housing market was melting around our ears and I was being bombarded with complaints about this financial giant called Ocwen.

I receive emails to this day from people who have found that initial blog on ActiveRain as well as a few follow-ups dating through 2011 about the company and its legal issues - like the fact that it was being sued by the Attorneys General in nearly every state in which it was licensed to operate.

So it seemed rather anticlimactic and long overdue when yesterdays Wall Street Journal carried a headline on its Money and Investing page "Ocwen Head To Resign in Settlement". William Erbey, who built Ocwen into the largest nonbank loan servicing company in the country, will step down in January2015 as part of a much broader settlement with the State of New York.

The rest of the settlement is unique and will hopefully set a new precedent for companies that have profited mightily by abusing distressed homeowners. Under the terms Ocwen will pay $150 million toward New York housing programs, aid foreclosed homeowners and appoint two outside directors subject to state consultation, essentially taking away some of the companys rights to direct their own business.

The state will also be able to appoint an outside monitor to scrutinize nearly every aspect of the company's operation to insure homeowner protection after the company acknowledged it didn't properly deal with distressed homeowners. Ocwen agreed they 'may have saddled borrowers with excessive charges, failed to maintain or upgrade systems to deal with their increased business and that they mishandled foreclosures and abused borrowers including backdating letters making it more difficult for borrowers to correct deficiencies'. The company, which was prevented from acquiring $39 billion in servicing rights from Wells Fargo in August, will also be prohibited from making acquisitions and further expanding their business until New York state is satisfied that they have addressed all these issues.

Unfortunately the scope of the settlement only impacts New York's abused borrowers but one can hope that other states that have also had long-standing legal issues with Ocwen will be able to move forward as well. While this is certainly good news for many, it hardly addresses the negative impact Ocwen Financial has had on thousands of families since my first article in 2009.

But it's a start.

Its about time Ocwen is absolutely HORRIBLE!

Every single person I know absolutely hates(hated) dealing with them and a recent friend was so sick of their BS he went down and sent them a wire to payoff his home and be done with them?

They got off easy in my opinion they have the WORST customer service (if you can call it that) on the planet! 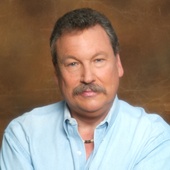