Well, I just got "sparked" into putting my thoughts toward RESOLUTIONS for 2015. (Thanks to my friend ANAKIE on SparkPeople, for your blog post...you got me ruminating a bit!)

Some people call them “resolutions” when they really only mean “goals” or “things to try”.

I've often found that word-study really helps give clarity when I'm trying to figure things out or solve a particular problem. (Dictionaries are really helpful resources.) 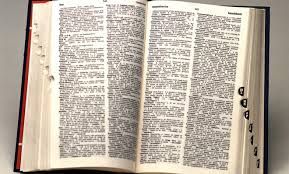 Interesting, because when I think about the word "resolution" it doesn't "feel" like something that loosens or releases anything, but just the opposite...it "feels" binding, constraining, and limiting.

But as I think about it, I guess it is the same idea as boundaries...within certain "boundaries" there is safety and freedom...kind of like the fences on a playground. 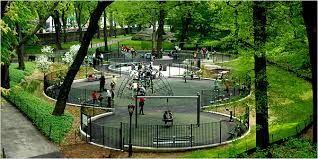 They've done studies and found that when a playground has fences, the kids use more of the available space, often all the way out to the fences. When the playground doesn't have defined boundaries, the kids tend to place a protective buffer between them and the "end" of the playground areas and instead, play "closer" to what is familiar and comfortable. 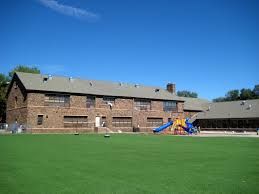 So RESOLUTIONS have the innate power in them to LOOSEN or RELEASE things in our lives.

I guess that might be a good reason for taking the season of making new resolutions a bit seriously. I know I have things in my life from which I want "release" or freedom.

The specific definitions of RESOLUTION include: 1. A firm decision to do or not to do something.

This is the definition that most specifically describes what we intend when we make our "New Year's Resolutions". Specifically, it is a FIRM decision. Why then, do so many of us fail to keep our resolutions? I would have to venture it is because they are not resolutions at all. In many cases they are not even truly "decisions", forget whether or not they are FIRM decisions. For most people, I think they are really only "wishes".


I think it is still a worthy exercise to form Resolutions for the New Year, but to be successful, it is important that the second definition comes into play:

2. The quality of being determined or resolute...The definition of resolute is being firm and unwavering in your convictions. Steadfast. Fixed and unchanging. Unmovable. 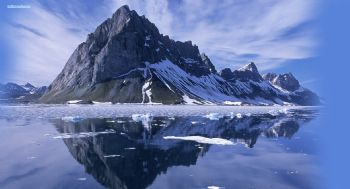 The remaining definitions which follow all add an element of "sophistication" to our understanding of Resolution. Perhaps these additional shades of meaning will help in creating resolutions that ARE Resolutions....things we really are RESOLUTE about having come to pass.

Resolution also means:
3. The action of solving a problem or contentious matter.

Yes, if there is no "problem" or contentious matter, there is really no benefit to motivate the change required by the Resolution. Let's face it, change is often HARD. So there's got to be a REASON or MOTIVATION that makes the decision or RESOLUTION to change a positive thing in our hearts and minds. So part of making a GOOD resolution is to really nail down and IDENTIFY the problem, and to look at and even enumerate WHY this problem is a contentious thing [a situation where there is discord] in our lives.

Another definition of Resolution, in music, is:
4. The passing of a DISCORD into a CONCORD during the course of changing harmony...

Yes, a RESOLUTION can, if properly executed,

bring us from a place of internal DISCORD: [Lack of agreement among persons, groups, or things. Tension, conflict or strife resulting from a lack of agreement; dissension. Dissonance. To fail to agree or harmonize; clash.]

and bring us to a place of CONCORD: [Harmony or agreement of interests or feelings; accord. A harmonious combination of simultaneously sounded tones.]

Finally, I found this final definition of Resolution very interesting as it pertains to how we FORM good resolutions.

Resolution also means:
5. The degree of detail visible in a photographic or television image.

The LOWER resolution (on the left) provides so little detail, you cannot even tell what it's supposed to be. The HIGHER resolution means that MORE detail is discernible in an image. So if we want to make a BETTER resolution, we need to really focus in on the degree of detail in the "image" we have in our minds when the resolution is FULLY RESOLVED.

In other words, it's one thing to say I RESOLVE to lose 20 lbs. this year. But a resolution that is more likely to be achieved is: I RESOLVE to lose 20 lbs. this year by eating healthy, eliminating soda & juice drinks and foods with added sugar. I will try one new healthy recipe each week. I will add 10-15 minutes of activity to my daily schedule at least FIVE days per week. Before the end of the year I will have to buy a new smaller pair of Levi's.

Yes there is a higher level of RESOLUTION in the second picture, isn't there?

Now that I know what a resolution really is, I need to have some quiet "think" time. There is no purpose in writing a bunch of stuff down that is simply the stuff of wishes. 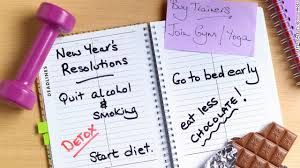 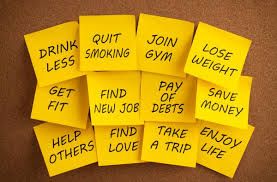 Sometime later today, stop by my blog and look for "SPARKED! about 'Resolutions' - Part II". I want to do something new and powerful in my life this year. Something that will really create change and LOOSEN or RELEASE some stuff in my life that has bound me in ways I perhaps have not even yet perceived. And to do that, I need to be DETERMINED, RESOLVED, and UNMOVABLE. Definitely something not to take lightly. Definitely worth taking some time to think about. [Thanks to another friend, DAISYBELLEKIA for the pic below...I "borrowed" it from her.] 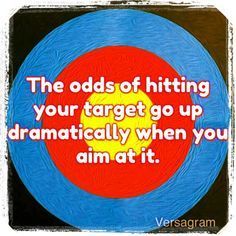 Lisa  I liked your comment that the odds of hitting your target go up dramatically when you aim at it!  May 2015 be everything you dreamed of and more.  Happy New Year to you and yours 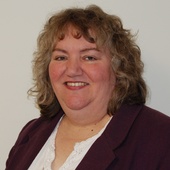