THE BRAZOS RIVER IN TEXAS AND WHICH ONE

Your first comment “Say What” yes there are more than one Brazos River located in Texas. I am

enters the Gulf of Mexico in Brazoria County. This Brazos really starts in New Mexico with

tributaries on The Llano Estacado and worms the way thru West and Central Texas. The Double

tributaries along with many large creeks on the journey to the Gulf.

highlighting the trip is the beauty of The Palo Pinto County Hill Country. The river makes a stop

along the way in Possum Kingdom Lake; most likely the most beautiful lake in Texas. Other

lakes along the Brazos are Lake Granbury in Hood County and Lake Whitney near Waco. The

on down river thru beautiful Lake Whitney is a trip you will never forget. The wildlife and views

Brazos on the trip to the coast.

Limestone County not far from the town of Thornton in the southwestern part of the county.

Robertson County. Then on the way to the mouth of the river where it joins the main Brazos

beauty and can go to flood stage in a very short period of time.

authority established in Texas in 1929. There are approximately seventeen river authorities in

Great article I didn't know this! We have been to the Big Brazos outside of West camping. Haven't been to Possum Kingdom Lake yet, will have to go! 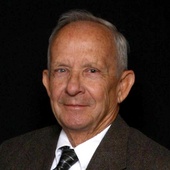