The real estate market is expected to build momentum this year. Are you ready to take advantage of it?

So here we are now, in January 2015. Everyone has been asking me what to expect from the real estate market this year. Well, I’ve been keeping a close watch on what our best industry brains are forecasting and thought I’d share a recap here:

I am very optimistic about the 2015 real estate market. 2014 was a year of stabilization and as Lawrence Yen, the chief economist for the National Association of Realtors, put it, 2014 was a tale of two halves. During the first 6 to 8 months, sales were lagging due to inventory shortage and a slight price appreciation. Then there was a notable change of pace in September and the remainder of the year when unit sales started climbing and prices started slowing.

Bottom line is we’ve created a good momentum for 2015 and there are high hopes across the board for the year ahead. Read on...

What will prices do? Alain Pinel of Intero and the 2014 Housing Review from Realtor.com forecasts that home prices are expected to continue to edge up in 2015, somewhere between 2 to 5% for the entire year. The market will be more responsive to the demand this year because sellers who were counting on more appreciation build-up, can only wait so long to sell. I agree, based on conversations I have had with seller clients - they are ready to take the plunge this year.

Will we see increased sales? We expect more sales this year, in line with the modest growth of the listing inventory. This will bode especially well for our neck of the woods, which was touted as a great place to live in the New York Times a couple of months ago. According to Sam Khater, deputy chief economist at CoreLogic, "Overall, the economy finally appears to be gaining enough momentum to help provide the support that the housing market has needed for stronger recovery." Pinel echoes this and sees this mini-surge of activity occurring at both ends of the price ladder: the low-end, due to a return of first time buyers reacting to the low interest rates, and at the high-end, thanks to foreign buyers.

Where are interest rates going? Banks and other financial institutions are back in top shape. They have plenty of money to lend this year. Good time to borrow with the cost of money still at record lows. I witnessed this at a recent chamber event when all the mortgage lenders in the room were eagerly telling us they had plenty of money in their coffers to lend. Interest rates the last few months have been dipping below 4 percent, lowering the borrowing costs of home buyers and refinancing home owners. Mortgage rates are expected to rise next year. Freddie Mac projects mortgage rates will likely average 4.6% but inch up to 5% by the end of 2015.

Do the Millennials have purchasing power? Younger professionals are having more luck in the job market, which is expected to help more of them jump into home ownership in the new year. Overall, employment is on the rise, but jobs for Millennials - particularly those aged 25 to 29 - has risen by 3%. According to some forecasts, Millennials are expected to drive two-thirds of household formations over the next five years. The forecasted addition of 2.5 million jobs next year, as well as an increase in household formation, will likely drive more first-time home buyers into home ownership.

Will the drop in oil prices boost housing? Some have predicted that plunging oil prices could inadvertently provide a lift to the housing market. "Households in the U.S. spend more than $1,800 on energy-related costs annually, and 22 percent of that energy consumption is due to residential real estate," according to CoreLogic's 2015 Housing Outlook. "So while the drop in oil prices typically has been linked to a reduction in driving-related expenses, it clearly also reduced energy-related expenses for residential real estate."

What will happen to the luxury market (above $2.5 million)?  This segment will likely be the true barometer of the market this year. In 2014, the high-end was lukewarm. The supply of homes exceeded the qualified demand (opposite was the case for the lower end). We saw multiple price reductions over the course of listing periods. Fortunately, in the multi-million dollar range, wealthy foreigners came to the rescue and easily filled the gap left by a relatively smaller domestic demand.

Looking to buy, sell or invest this year?

Contact me now so we can set up a plan of action for you. 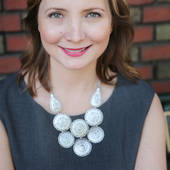 This blog is about sharing what I know to help clients make informed choices – not only about local market statistics and trends, but about the towns, neighborhoods, people and businesses that make Essex, Union and Morris counties in New Jersey unique places to live. I specialize in Northern New Jersey towns, such as Maplewood, South Orange, West Orange, Millburn, Short Hills, Springfield, Livingston and Summit.